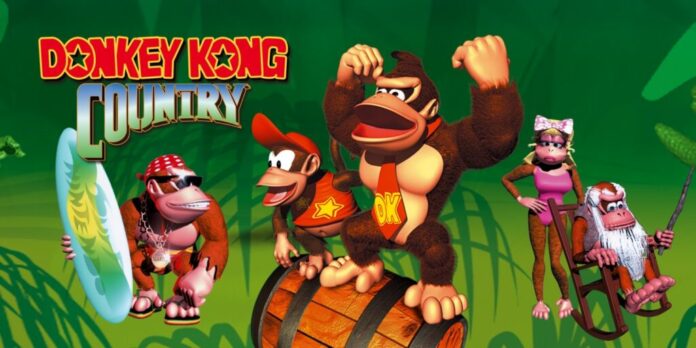 Gaming has a rich history that spans multiple decades. To this end, The Last Word on Gaming Backlog is a series that looks back on titles across all generations. From the golden 8-bit era to the landscape-changing 64-bit scene and beyond, The LWOG Backlog’s aim is history. This week, we look at a Super Nintendo platformer that proved to be a seismic leap for the 16-bit era – Donkey Kong Country for SNES.

Not Just a Bunch of Bananas

For its time, the Super Nintendo was incredibly powerful, able to produce colorful, crisp graphics and impressive sound. Classics such as Super Metroid and overlooked gems including Illusion of Gaia are evidence of this. However, if there’s anything that the original Donkey Kong Country proved, it’s that hardware is capable of more than it appears. The original Donkey Kong Country for SNES began development in late 1993 under Rare. A total of 12 developers worked on the original title, not only in terms of gameplay but graphical fidelity. Concerning the latter, they were able to successfully convert 3D renders into SNES sprites without sacrificing much in the way of visual detail or in-game performance.

It’s incredible to think that Donkey Kong Country came into fruition from a behind-the-scenes standpoint, too. Keep in mind that Nintendo is, for better or worse, known for being protective of its intellectual properties. This was a spin-off of the original Donkey Kong, seen in arcades and the original Nintendo Entertainment System system. Furthermore, this was the first Donkey Kong game that saw little involvement from Shigeru Miyamoto, as he was active in the development of Super Mario World 2: Yoshi’s Island at the time. Eventually, Donkey Kong Country, developed by Rare and published by Nintendo, saw a worldwide 1994 release.

Donkey Kong Country for SNES stars Donkey Kong, the red-tie wearing protagonist, and his little friend, Diddy Kong. One stormy night, Diddy is guarding DK’s prized banana board. As DK rests, Diddy is caught off-guard when the Kremlings, led by the nefarious King K. Rool, infiltrate the hoard. Overwhelmed, Diddy is trapped in a barrel, unable to stop the Kremlings from stealing DK’s bevy of bananas. Cranky Kong, the original “Donkey Kong” from years prior, informs DK of the events that transpired. Now, it’s up to DK and Diddy to stop the Kremling King and reclaim the stolen bananas.

The story of the original Donkey Kong County accomplishes many things. First, it introduces new characters to the series, specifically the two protagonists the player takes control of. Second, it establishes stakes in a lighthearted way. While the goal of regaining one’s bananas is inherently silly, it’s treated with just enough seriousness to make it a story worth seeing to the very end. During an era when most platformers were light on story, this serves different purposes and does so in efficient fashion.

At its core, Donkey Kong Country for SNES is a 2D platformer, tasking the player with moving from one end of the stage to the other. However, it introduces the aspect of teamwork, as players can shift between Donkey Kong and Diddy Kong. They possess their strengths and weaknesses; while DK is powerful but slow, Diddy is weaker though more nimble. It’s in the player’s best interest to know which situations where each Kong is better suited. This provides a level of strategy that keeps players on their toes.

Donkey Kong Country plays smoothly, despite the system being taken to its limits with its use of 3D rendered sprites and environments. Whether jumping atop enemies or performing rolls across pits to reclaim one of four “KONG” letters per stage, performance remains consistent throughout the game. Performance continues to hold up during boss battles, which are found across the game’s six core worlds.

Donkey Kong Country’s gameplay is further spiced up with the inclusion of DK and Diddy’s host of animal buddies. If the player comes across crates, they can free one of five animal buddies, each with distinct abilities. For instance, while Rambi the Rhinoceros can dash and defeat enemies with ease, Enguarde the Swordfish makes traversing water a breeze. Not only do these allies help the player through the game, but they add a level of exploration, incentivizing players to thoroughly search each stage to see what may be hidden away.

Not only was Donkey Kong Country for SNES an impressive-looking game in 1994, but it remains a sight to see today. This was one of the first home console games that utilized pre-rendered 3D graphics, which required considerably more time and effort than traditional 2D sprites of the time. The same can be said for the game’s environments, which are just as detailed. Donkey Kong Country is an atmospheric title, utilizing impressive lighting and shadow techniques to add that much more detail other 16-bit titles couldn’t produce.

Audio-wise, Donkey Kong Country more than meets the mark. Most of the game’s composition can be attributed to David Wise, though Eveline Fischer and Robin Beanland are also credited. Wise was a long-time composer for Rare, working on such titles as Battletoads for the NES and Diddy Kong Racing for the Nintendo 64. Donkey Kong Country’s soundtrack can best be described as ambient; while each tune is catchy in its own way, the sound adds to each environment, making the game’s world feel that much more alive.

It can be argued that Donkey Kong Country for SNES isn’t the longest game on the system on a general basis. A straight shot to the end credits may take one anywhere from 5 to 6 hours. However, this doesn’t necessarily mean that the game lacks substance. The game has a “percentage” that a user will gradually build. To achieve 100%, the player must complete each stage and find every bonus room. Some bonus rooms are cleverly hidden, either by traveling in barrels that aren’t immediately visible or behind walls that one may not believe are breakable. Some areas may be hidden to a fault, but for those that pride themselves on being completionists, Donkey Kong Country will keep you busy for quite some time.

This revival of a Nintendo classic proved to be a success. At the time, critics praised Donkey Kong Country for its game-changing graphics and smooth platforming. Given that this game was released as the original PlayStation was nearing its release, its success is that much more impressive. With over 9 million lifetime sales, it holds its own with fellow SNES titles Super Mario Kart and Super Mario World. Donkey Kong Country would be followed up by two additional SNES titles before taking an extended hiatus. Following this, the series was revived on Wii U with Donkey Kong Country Returns.

As far as the lasting legacy of Donkey Kong Country is concerned, there is much to consider. The original title was re-released on different services, including the Wii Virtual Console and, currently, Nintendo Switch Online. Furthermore, the series has been well-represented in the Super Smash Bros. series since the beginning, with DK being an original character before Diddy made his series debut in Super Smash Bros. Brawl. Though it was a departure from the original Donkey Kong arcade title, Donkey Kong Country took the series in a new, action-packed direction that has aged perfectly.