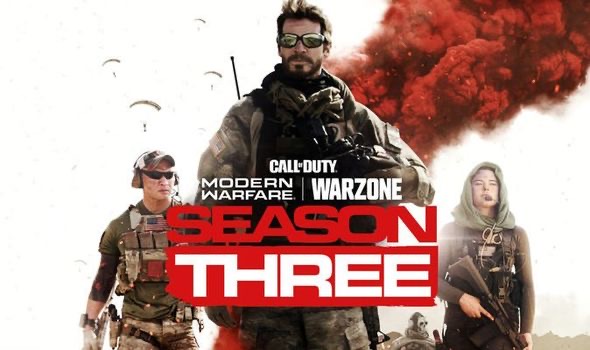 Teasers of zombies and nukes had been occurring for weeks now. Additionally, a massive live event happened last weekend that saw Verdansk get nuked because it was overrun with zombies. For weeks, there had been speculation about making a completely new map. This map would have been a creation of many large Cold War maps, and Warzone would have a completely different look. However, they decided to go an alternate route with the concept. Instead, they moved the game back to 1984, the time period of Black Ops Cold War.

The idea with this is that Verdansk is now in its prime years before it was more of a constructed place. Downtown has fewer massive buildings, the stadium is an open-concept 80’s look, and there is more construction around the map. The whole area of it is all 80’s themed as well. It also includes a couple of new locations, most notably Dam being removed for Summit. However, none of these new locations are exactly groundbreaking.

Overall, the map changes are cool for what they bring. More areas and a much-needed change to the map and gameplay that at times would get stale. However, the biggest reason it is underwhelming is the amount of hype it had leading up to the changes. If these changes happened slowly over a month, or even if there were fewer expectations, there likely wouldn’t be much complaining.

Instead, the idea of a completely new map or really revamped areas was much cooler. Hell, the live event itself didn’t make much sense at all considering they nuke the map. One would think you’d move forward in time to where it’s being built up again, not back in time. If the plan all along was to go back to 1984, it feels like a better event than Zombies over-running the map would fit.

Regardless, these are the changes that we got and that is OK. The map isn’t bad by any means and some people enjoy not having to learn every new location. It just felt like an underwhelming change all things considered.

The best thing about this update was the massive weapon buffs and nerfs that came with it. After weeks of the AUG, M-16, and FFAR completely dominating, changes have come. They nerfed the AUG, made the M-16 worse and had a hard hit on the FFAR and Mac-10 as well. Not to mention adjusting the insanely overpowered Sykov pistols which just entered a few weeks ago.

Now, there might be the biggest range of guns seen and used commonly since the game came out. Yes, there are still some strong guns. The AMAX and FARA are two that are leading the way. However, neither of them are close to overpowered enough that you have to use them.

Instead, primary guns such as the KAR-98, Krig-6, and even the Grau are all usable. Add in the M-16 and AMAX both being options too and suddenly you have at least five meta weapons, which hasn’t been the case in a long time. For backups, the Mac-10, FFAR, LC-10, RAM-7, Bullfrog, FARA, and even MP5 are all options. So is the single Sykov pistol. The game has maybe never had as many as eight usable backups all at the same time like this.

The best part about this new meta in Warzone season three is that you can experiment with new weapons. No longer do you have to use the AUG or you will just get shredded. Even guns such as the DMR and M4A1 are options again, you just need to be a little more skilled.

The last time the meta was this wide-open was easily before the DMR was king. Even then, it was the KILO, M-13, Kar, and M4A1 that ruled the map. The fact that there are an easy half dozen options to have is such a nice thing. Highly suggest going out and trying some new combos you may not have used before the update.

Small Changes to Adjust To

Along with the map update, came the tweaking of many small things in Warzone. The biggest is likely the fact that all ground loot is Black Ops weapons now. No more Modern Warfare weapons out of boxes. However, the other changes are more minor but take way more getting used to.

They went through and slightly changed almost every building and location. Whether that be changing the stair location, adding or removing a box or table to sit behind, or changing the chest spawn locations. So many small details about any of your favourite house or locations probably changed slightly. Adjusting to these changes as quickly as possible will give an advantage as the rest of the players also get used to the change. Knowing that extra jump location or the layout of a building has changed can be the difference between life or death.

To that as well, most the buy stations of changed. They have been moved by less than 10 feet in almost all cases. However, the adjustment from it being in the middle to against a wall is something to get used to. The locations make more sense now, but it’s a change regardless.

The update has brought a nice change to Call of Duty Warzone. While yes, the map change is underwhelming at first, the ability for a whole new meta is one of the most refreshing things to come to this game in months. The Roze skin is still pretty hard to see but changes to her and the map itself being much lighter as it’s set in April help. The Battle Pass this season is also pretty underwhelming until tier 85 or so, but that hasn’t stopped most of us from buying it.

It will be interesting to see how the map, game, and meta develops as we dive further into season three.

How to Survive the Online Gaming Jungle?