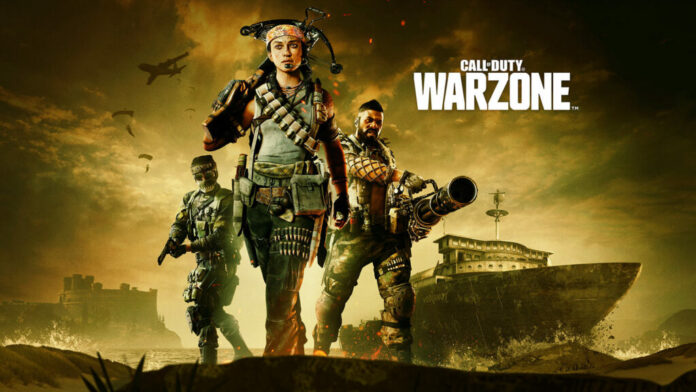 The middle of season two is here which brings more updates for Call of Duty Warzone. This week, there have been multiple changes and additions to the game. Some are welcomed and needed, however, others seem unnecessary. Let’s take a look at all the changes you can expect now jumping into Call of Duty Warzone’s latest update.

First, we have maybe the biggest and most obvious change, gun attachments do what they are supposed to! For a while, some gun attachments would have hidden buffs or did something they weren’t supposed to. Specifically, the Black Ops guns now in Warzone. For example, an attachment may say “Vehicle Damage Added” as the description of what it brings to the gun. However, the actual boost would be less recoil or added damage range, even though it wouldn’t say that.

It is pretty crazy it took this long to actually fix, but it appears as if they have changed it. Many Youtuber’s such as JGod have gone through and noted the changes to popular weapons, such as the FFAR. The FFAR changes have caused it to have a much slower aim down sight time. Another change that felt needed to the powerful backup assault rifle. File this under one of the changes that are nice to see.

Another new addition is a new buy station and killstreaks! In certain zombie containment areas, you can use a computer as a buy station which allows you to buy some new and improved killstreaks. One of these streaks is named the Bombardment. This brings down multiple massive missiles into a large area of the map and is deadly for anyone not inside.

You can also purchase an advanced UAV for $12,000 and “Foresight”, which tells you exactly where the game will end, for $20,000. These are incredibly expensive killstreaks for good reason. Both being super powerful and giving any team that uses them a distinct advantage, making them so pricey means they are not being spammed and used every match.

Finally, there is an RC/XD car added to every buy station! This is really cool because it’s another streak any player can use for just $3,000. When detonated, it releases a gas that does some minor damage to those standing in it. While it likely won’t be the main killstreak used, having more options is the right call.

Having the same three killstreaks for so long gets stale, so adding more options for players to use in new and creative ways is something that Activision needed to explore. One note on the RC/XD, they need to remove it from under the loadout option on the buy station. Too many times players have accidentally bought an RC car when wanting to buy a loadout.

The first true “negative” thing we have to say about this update comes in the form of the addition of guns on helicopters again. These are mounted machine guns on all helicopters found around the map. While they’re not overpowered or anything, they just seem so incredibly unnecessary. The helicopter is already a powerful enough vehicle with the ability to converse the map with ease, as well as chop defenceless players up too. Adding a mounted machine gun on the side just wasn’t needed and doesn’t make much sense.

On top of that, it’s very loud and can be heard from miles away. Which, isn’t an awful thing, but more just annoying hearing it constantly throughout the game. The biggest issue with it though is the risk of the invisibility glitch coming back. When they first inserted the machine gun, it literally made the game unplayable for 36 hours.

Overnight it turned into a situation where everyone knew the glitch of getting and crashing a helicopter to make you invisible and invincible too. Almost every single game had someone doing this. Oftentimes, the final circle consisted of two people doing the same thing. Even the fact that this could be a chance makes adding it totally not needed.

Finally, we have something that didn’t really change but was supposed to. That would be the nerf to the AUG. In the last update, a new meta came around and that featured the Black Ops AUG. It is a three-round burst gun that is extremely powerful and easy to use from mid to long-range. Usually, AUG and FFAR combo is what almost everyone in the lobby uses. While it is nowhere near as broken as the DMR once was, Activision was hoping to change the meta a bit.

In the patch notes, they mentioned that they added some recoil to the AUG, the exact same way they nerfed the DMR. However, the difference with this is that the AUG feels almost no different. There might be a very slight recoil addition, but from personally testing it, the gun still kills enemies with ease. So, we will have to wait and see if further changes will be made or not.

Overall, this Call of Duty Warzone update wasn’t too bad. Nothing too major came of it, but some minor tweaks were made that felt needed. Added features such as new killstreaks are encouraging, and the zombie’s event continues.

If you were expecting massive changes from this update, you will be disappointed. However, if all you wanted was a few small changes, this is a solid update for you.