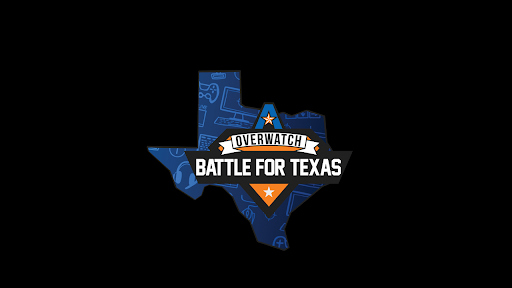 The Overwatch League’s 2021 season begins today and it starts with a cracker- The Battle for Texas! Welcome to the first match preview for the year!

The Battle For Texas Overwatch Match

The first match of the season sets the Dallas Fuel against the Houston Outlaws in the Battle for Texas. It promises to be one of the games of the season, and often at the start of the year, teams struggle to put together a whole series of stellar performances, and so it is likely that the game will end up going the whole five games.

Everyone was hyping up the Dallas Fuel as favourites for the 2021 season a few months ago. With big name talents, and half of last year’s promising Paris Eternal roster now attached to their name, there was a great chance for success this season. Sadly however, Xzi, one of the star DPS players for the team, has had to retire from Overwatch due to injury in the last week. Although he is one part of the team, this could be the start of the collapse of Dallas, and the season hasn’t even started yet!

On the other side of things, there is one name that is on everyone’s lips about the Houston Outlaws- JAKE. Opinions vary on whether or not JAKE’s return will have a big impact on the Outlaws this year, and whether or not he will feature much this season, but some think that he will take the role of Lucio in tonight’s match.

I am a big JAKE fan and an even bigger ‘Jake-rat’ fan from his first time in the league, and I know he has been grinding the support role on ranked recently, but I can’t see him matching up to Fielder of the Fuel.

There will be times throughout the season where some teams thrive more than others. Right now in competitive Overwatch we are in a rush meta, with Reinhardt, Zarya, Lucio, Baptiste and Mei being key to the set-up.

Dallas’ star DPS player SP9RKLE is an excellent Genji player, but this doesn’t quite fit the meta with the power of Zarya and Baptiste’s immortality field countering him hard. Outlaws are much stronger in rush comp and Danteh and KSF could have big parts to play.

The Fuel however are more likely to run something a bit more out there, disregarding the rush meta and could shock their opponents.

Overall, the Outlaws amazingly go into this game as favourites, something we wouldn’t have considered this time two months ago and the curse of the Fuel is almost inevitable at this stage. But as a Fuel fan I trust their coach, the aptly named RUSH, and feel as though they will pull it out of the bag. I’m going for a 3-2 Fuel victory.

The June Joust Finals Are Here