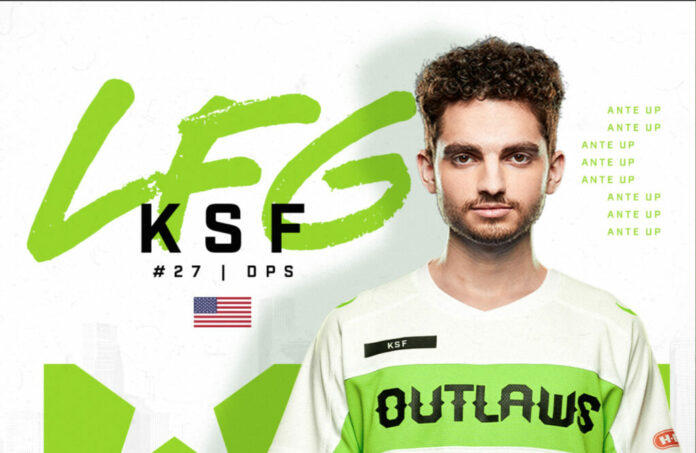 The Houston Outlaws pick up KSF, adding another DPS piece to their lineup. The roster move was announced on Monday via Twitter.

From the west side to the dirty south.
We're happy to announce that @KSF will be with us for the 2021 season! #AnteUp

The Houston Outlaws Pick Up KSF

KSF is a fantastic player that the Los Angeles Valiant couldn’t afford to keep. He is a flex player, but with proficient hitscan KSP and Tracer specialist Shax, the Valiant did not have space for him. After being dropped by Valiant, he was immediately picked up by the Outlaws, and will be on the roster for the 2021 season. An American-born player, he has chemistry with Danteh and Hydration from past Overwatch World Cups, and there should be no language barriers between these three.

What This Means for the Future

KSF is put in a tough situation on the Outlaws. There are four candidates for DPS: KSF, Hydration (who will likely be switching back to DPS after the Outlaws picked up JJANGGU), Danteh, and Happy. Happy is an incredible hitscan, and Danteh is one of the best Tracer players in the world. Hydration, was a highly skilled projectile player, mostly with Pharah and Genji, before moving to the main tank role.

KSF is a great Hanzo player, but this move seems a bit unncessary for the Outlaws. With Danteh and Hydration so flexible, one of them could easily pick up Hanzo. While KSF is a great player, this is a poor choice of role. The Outlaws are lacking a strong main support, currently fielding Boink as their main support. While he is a long-time member of the Outlaws, he is not good enough to start. They could have gone after another free agent main support, possibly moth, with the money they used to pay KSF. Having four DPS players on a team is slightly unconventional, but the Outlaws will have to make it work for next season.