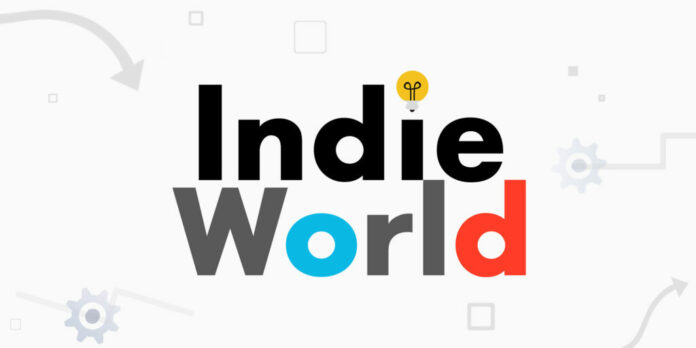 April 14th brought us another twenty minute Nintendo Indie World presentation and it is fair to say that it delivered some exciting upcoming titles as well as some that look intriguing at the very least.

I really like the look of this narrative driven adventure game that says it has plenty of possibilities and endings. Graphics look crisp from the trailer shown and there looks to be some varied and strange characters to meet. It seems like the key here may well be to ‘trust no one.’  Releasing 2021

Annapurna are bringing two games to Nintendo Switch in 2021. Last Stop is set in London and involves a plot where the paths of three characters cross over. Hindsight of the two caught my eye most with a woman looking back at her past and decisions that changed her life. They do say that hindsight is a wonderful thing!

This looks like a BiT Trip runner where you slide under, jump over and scramble your way across levels in a free runner game. The graphics look jazzy with echoes of Sayanora Wild Hearts (if you haven’t played this then get on it – it is superb!) and the soundtrack is a hip hop and jazz fusion. There is a demo on the eshop today and Last Word on Gaming will bring you the first word in the coming days so keep your eyes peeled!

Bring it on! One of my absolute favourite indie game series is OlliOlli with it’s pumping tracks and energetic skateboard action. This new game goes for an almost cartoon aesthetic with different routes to try depending on your skill set. Coming to Nintendo Switch this winter, this is one that looks like being another classic!

Hmm. I am not sure what to expect from this game but you can find out now as the game releases today on the eshop! You will need patience as you need to wait for your king to be awakened but this will take 400 days. Literally 400 days. There are puzzles and tasks to do to fill the time so let us know if this is a game that tries your patience or is worth the wait.

A dark world arrives in this RPG that has time travel and combat at it’s core. There looks to be some cool mechanics such as making your foes younger and therefore easier to despatch. You can check this one out when it releases on July 20th this year.

There Is No Game: Wrong Dimension

On eshop today, this bizarre looking title does actually have a game despite what the title tells you. Solve puzzles and point and click your way through it’s narrative world.

Cowabunga! Sorry but I could not resist. As soon as I heard a while ago that a new TMNT title was on the horizon but not which platforms it would be for, I have been keeping everything crossed that it would be coming to Nintendo Switch and it is! The game has been modelled on the classic and excellent Turtles in Time and releases later this year!

Now you can have a pint outside a pub again you might have trouble saying this one out loud! If you haven’t lived in Japan or ever imported a Famicom then you may well not know of the original game that only released in it’s homeland. Slated for a 2022 release, this 2D roguelike looks fast, furious and with an early access starting on May 13th this year, you can get your hands on the original too.

Coming this fall this game has me hyped from the trailer. A 3D action adventure based on technology of the Aztecs made me think of Hades and that is enough to get me excited! You can upgrade your arms and fight with tech beasts as you flash through a huge Aztec Metropolis.

Another 2D action platformer looking a touch Holow Knight is on it’s way this summer. You can swap heads to gain new powers as you go and hopefully this will work better than swapping costumes in the abysmal Balan: Wonderworld.

Just when this writer had run out of ink or typing energy, there was a further set of games also revealed to be coming to the ultra successful Nintendo Switch!

Fez – A sublime puzzler is heading to your Switch…Today. Art of Rally – A micro sized rally game coming this summer. KeyWe A co-op puzzle game coming in August. Labyrinth City: Pierre the Maze Detective – This one is slated for Spring and is based on the childrens book series. Is this the new Profesor Layton? Weaving Tides – A word of weaving arrives in May with this one player adventure game. The House of the Dead: Remake – Remake seems to be a well used word in gaming these days but if this one can be pulled off then we could have a classic in our hands – literally! The arcade rail shooter game will be here later in 2021. Ender Lillies: Quietus of the Knights – Fantasy action ahoy with this RPG heading your way on June 21st. Beasts of Maravilla Island – A 3D adventure where you need your camera to grab the creatures. Available June 2021.

Nintendo do love the old ‘one more thing’ approach and at the end of this exhausting yet exhilarating Indie World Showcase we got the information that Oxenfree 2: Lost Signals will arrive later this year. The first game was a cult hit so this will be one to watch!

That was twenty minutes of what look to be some exciting titles heading our way in 2021 from the Indie teams that are always bringing us some absolute gems. Which games stood out for you? Are you picking up any of the games out today? Which are going to be day one purchases for you? Get in touch and let us know.

Missed the showcase? Fear not we have it right here for you!

The Suicide of Rachel Foster Gets Nintendo Switch Release