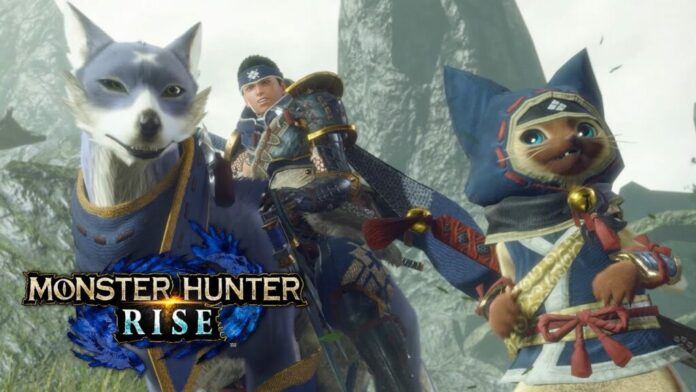 “Monster Hunter Rise is an all-new Monster Hunter title for Nintendo Switch. The game was developed with Capcom’s proprietary RE ENGINE in order to provide a new, accessible Monster Hunter experience that can be enjoyed anytime, anywhere and with anyone. In addition to new monsters and locales, the game provides a completely fresh take on the hunting experience through a host of new, exhilarating hunting actions made possible with the Wirebug. With this, players can traverse rocky cliffs via the Wall Run, soar over craggy terrain and through the air at high speed, or even bind monsters and control them. Further adding to the excitement is the debut of new “canyne” hunting partners called Palamutes, which hunters can ride to quickly navigate the maps. The title garnered critical acclaim following the release of two demos featuring both local and online cooperative play prior to launch, with resulting shipments exceeding 4 million units.”

The Monster Hunter series is fast becoming a powerhouse in the gaming world.  While the gaming series has began to make a name for itself on the home consoles like Playstation 4 and Xbox One it has a long history with Nintendo.  The success of Monster Hunter Rise continues the relationship between the two as Nintendo has hosted a number of the top-selling Monster Hunter games in series history.

This also speaks to the selling power of the Nintendo Switch.  Time and time again releases on the Switch have sold very well, Monster Hunter Rise is the latest in the long list of games to have a very well selling release on the Switch console.  If you didn’t already know that the Switch was a powerhouse in the gaming world, this release should serve as further proof to you.