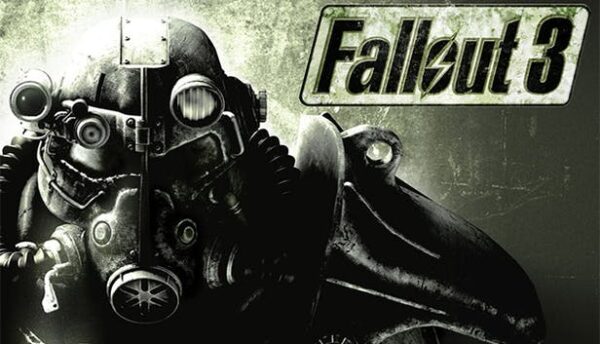 Gaming has a rich history that spans multiple decades. To this end, The Last Word on Gaming Backlog is a series that looks back on titles across all generations. From the golden 8-bit era to the landscape-changing 64-bit scene and beyond, The LWOG Backlog’s aim is history. Take a trip through the Capital Wasteland as we look back at the first-person action roleplaying title from Bethesda Softworks and Bethesda Game Studios, Fallout 3.

Prepare for the Future – Fallout 3

Following the success of The Elder Scrolls IV: Oblivion in 2006, it was clear that Bethesda had to follow up big. After all, Oblivion was a landmark title during the seventh generation of video game consoles. It provided players with seemingly infinite freedom, allowing them to play at their own pace. They could focus on the main story or perhaps go off the beaten path, tackling other objectives along the way. The latest title in the Fallout series was gearing up to be more of the same, though with unique gameplay elements that wouldn’t make it feel like simply Oblivion with firearms.

Fallout 3 was a massive undertaking, to say the least. However, when it was released in 2008, it was met with critical acclaim by gamers and critics alike. IGN alone considered it the Best RPG and Game of the Year, just to name a few examples. Fallout 3 would also be given multiple expansions via downloadable content, growing what was already a sizable adventure.

It is the year 2277 and much of the world has been ravaged by atomic age technology. One of the settlements of survivors exists within Vault 101. While Vault 101 isn’t perfect, it is here where the inhabitants are deemed safe from the outside world. It is here where the main character, which the player customizes at the onset, develops. The introductory section of the game sees the character grow up.

One day, their father, James, escapes Vault 101. With the help of their friend, Amata, the player leaves the familiar vault for the uncertain world outside. Once the player escapes, the game opens up and that’s when their adventure truly begins. The main goal the player sets out to complete is to find their father, uncovering the truth as to what happened that fateful day. Depending on the playthrough, however, this story can take multiple roads.

It is here where Fallout 3 absolutely shines. The game establishes a narrative immediately following the player’s escape from Vault 101. The quest to find their father isn’t the sole objective, however. Fallout 3, much like other open-ended Bethesda titles, provides other quests. These include, but aren’t limited to, assisting the settlers in the town of Megaton and freeing slaves from their nefarious captors. Fallout 3 is only limited by the player. In other words, the more that the player explores the Capital Wasteland, the grander Fallout 3’s story becomes.

Fallout 3 is a first-person action RPG; anyone that’s familiar with Oblivion, as mentioned earlier, will be able to notice various similarities. However, various mechanics help Fallout 3 stand out on its own. Perhaps the most inventive is V.A.T.S., or the Vault-Tec Assisted Targeting System. By activating V.A.T.S. in combat, the player can pinpoint specific body parts of enemies. From there, they can attack those parts to deal damage. Keep in mind that Fallout 3 plays more like an action RPG than a typical first-person shooter. Stats matter just as much as, if not more than, simply pointing and hitting the right trigger.

Speaking of combat, Fallout 3 provides multiple methods of taking the fight to enemies. These run the gamut from melee weapons such as baseball bats, simple firearms including pistols and hunting rifles, and big guns that range from rocket launchers to flamethrowers. Each weapon has its strengths, too. For example, a sniper rifle works best from long distances, allowing for better targeting. However, a combat shotgun offers more of an impact in close-range situations. Much like any action RPG, Fallout 3 provides different tools that fit various situations.

Another action RPG trait that Fallout 3 adopts is its leveling system. When the player defeats enough enemies or completes enough quests, they gain new ranks. From here, the player can assign experience points to specific attributes and select perks based on how well said attributes have been built. This is another area of customization where Fallout 3 shines. From a tech-savvy wanderer with a focus on science to a gun nut that has mastered all types of firearms, there are no two-character builds that will be the same. As a result, each Fallout 3 playthrough will feel unique.

Even during its initial release, it would be a fabrication to say Fallout 3 pushed boundaries from a fidelity standpoint. Fallout 3 may not have had the most high-end graphics, especially concerning character models that seemed stiffer than needed. With that said, given the game’s scope, it’s impressive to see just how well everything works. When traveling the Capital Wasteland for the first time, it’s easy to be taken aback by the ruined, seemingly lifeless nature of the environment. Fallout 3 makes an impression at the onset, even if it wasn’t the best-looking game at the time.

In terms of sound, however, Fallout 3 is a contender. This goes far beyond the sound design itself, whether it’s the sound of firearms going off or the growls of creatures looking to attack. Fallout 3 has an impressive original soundtrack, composed by Inon Zur, who would also go on to score Fallout: New Vegas and Fallout 4, among other titles, as well. Fallout 3‘s original score is difficult to overlook. When traveling through the Capital Wasteland, hearing the calm, quiet melody of loss trailing behind adds to the experience.

Fallout 3‘s soundtrack doesn’t end here, though. Much like other titles in the Fallout series, the third entry features songs from the 1940s, which are heard when the player tunes into Galaxy News Radio on their Pip-Boy. Billie Holiday, Bob Crosby, and Roy Brown are just a few artists whose songs can be heard throughout Fallout 3. These tracks fit the period of the game prior to the atomic catastrophe. Don’t be surprised to see yourself humming or singing along while you’re filling foes full of bullets or taking sledgehammers to their heads.

Fallout 3 is a substantial game that, no matter how much one plays, the extent of the content provided may not be fully consumed. It wouldn’t be unfathomable to spend over one hundred hours playing through the base game. There are many side quests to complete, even beyond the ones mentioned earlier. From collecting books to help upgrade skills to seeking out Vault-Tec Bobbleheads that provide permanent stat boosts, the base game alone provides incredible value.

However, as stated before, Fallout 3 received DLC following its release. Altogether, Fallout 3 has five separate pieces of DLC, expanding the game with new quests to complete and equipment to collect. These can offer anywhere from 25 to 30 additional hours in total, depending on how thoroughly the player scopes them out. Fallout 3 is a game that one shouldn’t expect to complete in a weekend, meaning that replayability is a nonissue.

The game was incredibly well-received, bugs and all, upon its release. In fact, the bugs in question made for interesting compilations on YouTube, showcasing some of the less refined aspects of an otherwise ambitious game. Who didn’t enjoy witnessing a Raider getting shot in the head, only to be flung into the skies before crashing back down? By and large, this title is fondly remembered by gamers, taking the Fallout franchise in a new direction.

Following its release, Fallout 3 was followed up by two other titles in the franchise. Fallout: New Vegas released two years later and focused more on rival factions and determining who would seize control of the Mojave Wasteland. Fallout 4, which came out in 2015, was an even larger adventure and placed greater emphasis on settlement building. Each game not only built upon the one that was released before but implemented new systems and philosophies as well.