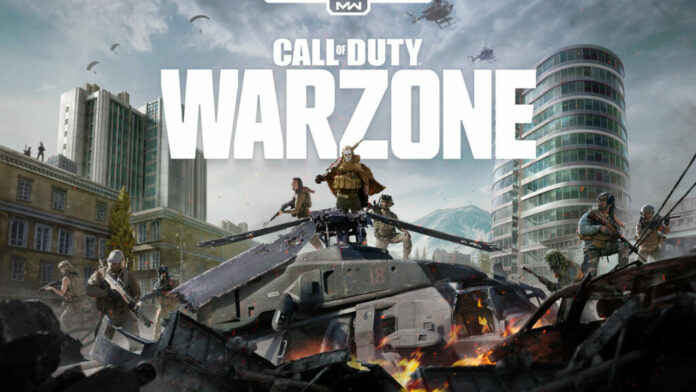 It has now been almost a month since Call of Duty: Black Ops Cold War weapons have been integrated into Call of Duty Warzone. With that, came a shared tier level and a new battle pass. While it’s not the first season of Call of Duty Warzone, we’ll call it that since it’s mixed with Cold War. Regardless, the biggest change has been a massive meta switch from the old guns.

What is a “meta”? In COD, it is considered the thing everyone uses. So, what gun dominates the gameplay? In Cold War, there is a more diverse meta. As you get into better lobbies it seems that generally speaking, there are quite a few guns people can use effectively. This leads to some pretty fun gameplay all things considered. Skill-based matchmaking is a different story, but it’s nice that there are at least five or six different weapons to use.

However, in Warzone it is a different story. Hop into any game and you’re bound to come across one gun over and over. What gun might that be? The DMR. The DMR is a tactical rifle that is semi-automatic. However, the gun is completely overpowered and can kill with ease at any range. This has led to the vast majority of people using it, which in turn means even if you’d rather not, you almost have to use the gun. It is that good.

When the gun first came out, people didn’t think too much of it. The tactical rifles in Black Ops were nothing special. So, why would this be any different? Well, it was clear that the creators wanted people to use more weapons, so they made this thing really effective.

However, they likely went too far as it is clearly the best gun in Call of Duty Warzone. The biggest issue is trying to balance guns on two separate games with separate engines. We’ll get into the Warzone mix in a second, but on Black Ops the DMR isn’t completely overpowered. Again, that’s mostly because other guns can kill easily too. However, get someone holding down the right angles and it still becomes impossible to kill.

In Warzone, the DMR was a two-hit kill to the head and a three-hit kill to the upper body. If you caught a team off guard you could have them completely killed before they even realized someone was shooting at them. Even worse, the gun seemingly has no damage drop off, so it’s effective everywhere.

Because of that effectiveness, it was possible to turn on things like MP5’s or MAC-10’s that are only useful close range. However, it also means that you could headshot snipers with ease too. Eliminating any reason to carry those around. A nerf did come but it really hasn’t changed much. Now, if you hit the body it takes a few extra shots to down someone. However, you can still do punishing damage with a headshot.

It’s to the point where there is still almost no reason to run a sniper. Even in medium-range gun fights, if two people of equal skill are fighting, the DMR will win every time. It’s because there are too many advantages. The fire rate is so quick but it also conserves a ton of ammo. With regular guns, if you miss a few shots you can burn through a 50 or 60 round mag easily enough. The DMR? You can miss 20 shots straight and still have 10 bullets in a clip to kill two people.

It’s gotten to the point where final circles are usually anyone left has a DMR, and people try to keep as much distance as possible unless they have a MAC-10 backup. Getting super close is the only way to try and beat a DMR, and you need to not be seen to do that.

How to Fix It?

One of the toughest things is figuring out a solid fix for this gun. It is such a fine line, because it’s semi-automatic, it’s hard to justify using it unless it’s very good. If they make it much weaker, no one is going to use it at all. And while gamers might be fine with that these days, that’s not what the developers want.

However, one possible solution would be to add a damage dropoff that is actually significant. This way, you can’t take on snipers like you have one in your hand. Make it so that the gun is insanely punishing at medium range gunfights, or even longer ones against some AR’s and SMG’s. However, with a legit damage dropoff, you can’t use it in every situation. It would make people actually decide if they want something that is useful in one area but ineffective in two others. Meaning, you should get a more balanced weapon selection.

This feels like the best way to keep it an effective gun at it’s medium distanced target range, while not having it too overpowered at other places. Another option is to slow the fire rate down a bit, but that might nerf it completely.

It’s not a bad thing, but the Cold War guns have completely taken over the meta in Call of Duty Warzone. It was to be expected to an extent, but at times it feels like some of the guns were never even tested. The MAC-10 is disgusting a short-range. The Diamatti’s are also deadly inside buildings. The DMR is clearly overpowered but weapons such as the Groza can be built to be disgustingly effective too.

Again, it’s not a horrible thing considering for the nine months prior the M13 and Kilo were just about all anyone ran. With the occasional M4A1 as an AR substitute. For a backup, it would either be an MP5 or a sniper rifle. Even then, at least three or four snipers were in play.

Ideally, they find a balance where guns like M13 and Kilo are usable, which they were before the DMR era. Having new weapons is always a good thing, but making it so people can use as many as possible while being effective should be the goal. And so far with the DMR in Call of Duty Warzone, that has not been the case.