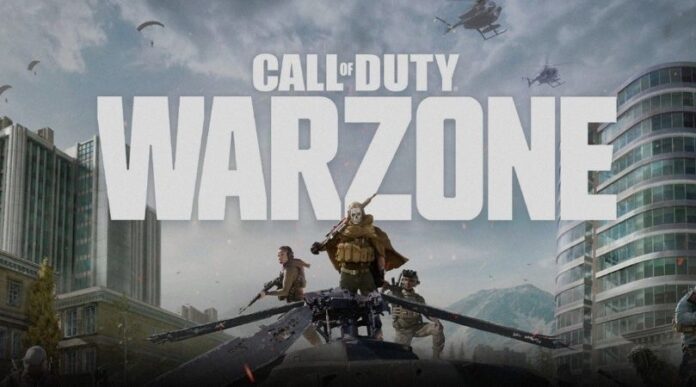 Call of Duty has had lots of success this past year. This includes having their newest game, Black Ops Cold War reach the highest selling for November. However, even with Cold War being such a success, Warzone is still one of the most active games out there. With a giant update coming this Wednesday, it should see a boost in the player base again. Warzone is an extremely fun game that is pretty easy to play. However, the one thing that needs to be fixed immediately is the Warzone Juggernaut.

What is the Warzone Juggernaut?

We should start with the easiest part of this article, what exactly is the Warzone juggernaut? Throughout the game’s updates, they have added in bunkers and codes that allow players to get better loot and weapons to help them during the game. One of these additions was the juggernaut suit. Basically, you have to do a few basic steps around the map and it will lead you to a bunker with tons of amazing perks. Things like specialist bonuses, weapons, and the Warzone juggernaut suit.

It is relatively simple to actually find this. If you want instructions to help, you can find them here. However, it has gotten to the point where almost 90% of games have a juggernaut in them. Even more, there was a glitch going around this week that has yet to be patched, where teams could get as many suits as they wanted.

Let’s start with the issue of the suit being much too common. When the juggernaut was added into Warzone, the idea was that it is something that was supposed to be relatively difficult to achieve, therefore rewarding the people who managed to pull it off quickly. However, thanks to online videos and helpful hints on how to effectively split up to do this quickly as a squad, the juggernaut is featured in almost every game.

This is especially true when you play trios and quads in Warzone, as it’s harder with one or two people to do this effectively. What it means is that by the second or third circle, you can expect to see a juggernaut on the map. Once in a while, this would be fine, but knowing every single game you’re likely to face it if you make it to the end of the game becomes very tiring very quickly.

It has almost become the meta to get ready for a juggernaut fight. Assuming you will have to fight them eventually, you have to change your loadout just for it. Whether this means taking more attack based killstreaks, such as cluster and precision strikes over UAV, or simply changing what guns and backups you have in your class. Adding more RPG’s to your team for fighting. It’s made it so that you waste class space for simply one overpowered team you need to fight.

The other issue is that it can be nearly impossible to take down a juggernaut when the team has any idea of what they are doing. Sometimes that just needs to be accepted. If you get outplayed by someone who put in a ton of work then that’s fine. However, what ends up happening is teams will hide with their overpowered juggernaut and avoid all confrontation until the end game.

If this happens, it can become nearly impossible to actually defeat a team. They will send their juggernaut out while the other three kill anyone who actually tries to damage it. Let alone that when a team hides in the building it makes it virtually impossible to kill them. This all leads to an incredibly boring playstyle where the only way juggernauts fall is if multiple teams can shoot at them at once. However, just having a juggernaut suit almost guarantees you a top 10 finish. If you have even the slightest idea of how to stay alive it’s an easy top five, no matter where the game ends.

The above issues become even more of an annoyance when the glitch comes into play. Basically, there’s a glitch that allows a team unlimited suits. Since they are the only ones who can pick them up, it doesn’t really matter where or when they throw them. This is a big issue in quads. Teams will call in two suits and have two drivers to quickly and effectively drive around the map.

Much like above, this defeats the entire purpose of the game. Battle Royale’s aren’t meant to be focused around a single team. It’s meant to be free for all combat where everyone is on a relatively equal playing field. The addition of the juggernaut takes that away, and the requirements make it simple.

How to Kill the Juggernaut

As mentioned above, having to kill the juggernaut can require a completely different meta than most are used to. This isn’t always a bad thing. But when you need it for every game, it just becomes the new meta. Either way, killstreaks such as cluster strikes and precision airstrikes are very helpful in taking down a juggernaut. Especially if the game is ending in an open area. You can’t hide, but neither can the juggernaut. Because of how slow it moves, calling these in can help kill it.

If you’re in a closed area, moving quickly while shooting then hiding is the most effective way. Once again, the juggernaut moves pretty slow. So trying to get into buildings that have lots of entrances and exits and multiple floors is crucial. You really need to work as a team to distract it as others shoot it. Backups like RPGs can help too.

So, what are some possible solutions? The first one is to simply remove it from the game. However, that might be too aggressive. The idea of the Warzone juggernaut is fine, something that is extremely valuable but should be very rare and hard to get. The issue stems from how easy and common it is to achieve.

The next idea could be to simply limit the amount that it shows up. When doing the current system for unlocking the juggernaut, make it so it doesn’t always spawn. Instead, spawn a free loadout or extra boxes instead. This means that people won’t automatically know they are getting something that gives them a massive advantage in the game. Rather, it’s up to chance and you can still get other helpful items too.

Finally, make it harder to unlock the bunker that gets you the juggernaut. This would be a tough task because of the fact that as soon as a solution is posted online, everyone will have it. However, it can be done. Make it so you need to find something like a red access card like in other bunkers. Or have multiple locations where something could spawn so it’s not automatically the same place. This would increase the work people would have to do. It would also make the juggernaut a more rare occurrence.

Hopefully, the Warzone juggernaut is something that is addressed in the upcoming season one update that launches Wednesday, December 16th. It isn’t something that kills the game by any means, but it gets annoying seeing it each and every game. There is really no need for it to be that common.

Any of the solutions mentioned above would make it better. Because the rarer it is, the more special it should feel in the lobby, to the team using it, and to the teams fighting it. As it stands now, it’s just a common occurrence that is a nuisance more than anything.