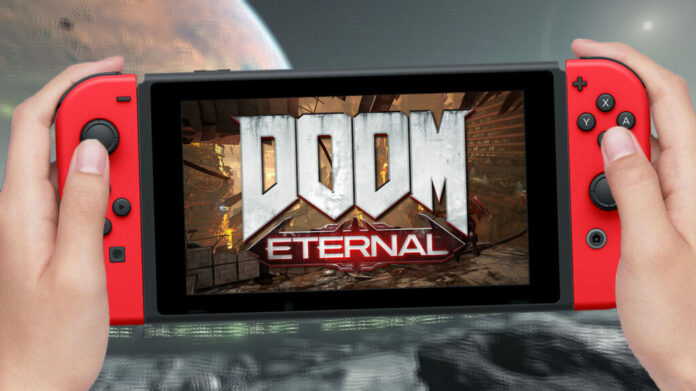 After what seems like a lifetime of waiting, the Doom Eternal release date has been announced for the Nintendo Switch.

The 8th of December 2020 is now the confirmed date that Doom Eternal will release on Nintendo’s hybrid system. Back on November 20th, Bethesda announced that the game would still be coming to Switch but as a digital only game.

The game released on PS4 and Xbox One back in March of 2020 and it was starting to feel as if the Switch version might just never materialise. The first Doom game appeared on the system in November 2017 just a few months into the life of the new handheld and home console to generally good review scores. Despite certain expected graphical concessions the game ran well and most important of all it played well too.

Doom Eternal on Nintendo Switch is a Feat in Itself

To see Doom Eternal even running on Switch is pretty miraculous. How the game holds up against its more powerful rivals version remains to be seen but with Panic Button handling the port the game has been in very good hands.

Last Word on Gaming will have a review as soon as we can for you but in the meantime why not check out the official release trailer below!.