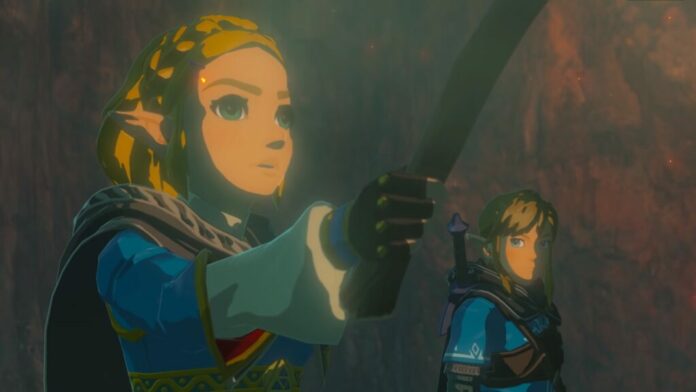 The Legend of Zelda: Breath of the Wild introduced countless new elements into the Zelda series, including the most expansive Hyrule to date. The massive terrain of the once-great kingdom kept fans coming back time and time again, and early reports indicate that Breath of the Wild 2 will re-use the same Hyrule, at least in part.

While BotW’s open-ended Hyrule was fantastic, there is such a thing as too much of a good thing. The recently released Hyrule Warriors: Age of Calamity takes place in a pre-calamity Hyrule (don’t worry, no spoilers here), and setting a third consecutive game in the same landscape could feel a little repetitive. However, there are things the Zelda team can do to spice up this iteration of Hyrule while remaining true to the series and the beloved locale.

Possible Changes to Hyrule in Breath of the Wild 2

Back in June of 2019, Nintendo dropped the first trailer for Breath of the Wild 2. In it, Link and Zelda explore what appears to be a tunnel directly below Hyrule Castle. At the climax of the trailer, a dark figure (presumably Ganondorf), awakens and raises Hyrule Castle up into the skies. While there is obviously a lot to digest from that trailer, the ascending landmass obviously makes one think of Skyloft from Skyward Sword.

For those unfamiliar, Skyloft serves as the de-facto hub world in 2011’s Skyward Sword. This kingdom above the clouds is the home of the original hero at the very beginning of the Zelda timeline. Breath of the Wild, of course, takes place at the very end of the Zelda timeline, untold years after the events of Skyward Sword. How has the world changed? Is there still a civilization in the clouds, calling Skyloft home?

Interestingly enough, Skyloft is referred to in Breath of the Wild. There is a girl named Shemu near the Woodland Stable who says that, long ago, people used to live on an island in the sky. If you complete her side quest, she goes on to say that one day she will float up on a big balloon and live on the island. Was this just an Easter egg to an earlier game, or were the developers hinting at what is to come in Breath of the Wild 2?

The biggest issue with Breath of the Wild was the lack of conventional dungeons. BotW completely reinvented the Zelda formula, and the vast majority of the changes were for the better. However, replacing traditional Zelda dungeons with the Divine Beasts was a net loss for the series. Breath of the Wild 2 has a chance to fix this flaw while simultaneously creating a more interesting Hyrule.

Ganondorf raised Hyrule Castle in the trailer, but who’s to say he stopped there? There were several fascinating locations in Breath of the Wild that could be fleshed out and redone in the sequel. Who lived at the Forgotten Temple, and why were they so many guardians there? Who are the Zonai, and what happened to their civilization?

Breath of the Wild created a vast world with mysteries around every corner, and Breath of the Wild 2 has a chance to answer some of those questions. By lifting and expanding upon these existing settings, BotW2 can add some traditional dungeons to the game while also adding some mystery and intrigue to this iteration of Hyrule.

Breath of the Wild introduced players to a beautiful world that was still trying to recover from Calamity Gannon’s attack all those years ago. Age of Calamity, meanwhile, shows us an inhabited world just before Hyrule’s downfall. Even though this is the same Hyrule, the tone and environment are completely different, allowing for the experience to feel fresh and new despite the similar surroundings.

Breath of the Wild 2 might not be able to give the same immersive vibe as its’ predecessor, but it doesn’t need to. One of the best side quests from the first game involved helping a man named Hudson to build a new town from scratch. Watching the area transform from a rocky, open terrain into a vibrant little village is a great way to make the player feel like they are actively improving the lives of Hyrule’s citizens.

While it’s likely that Breath of the Wild 2 takes place shortly after the first installment, there should be enough time for the citizens of Hyrule to begin rebuilding their world. Imagine visiting a newly-built Castle Town, watching the new citizens try to remake their great society. Seeing their efforts to rebuild their world, combined with the fear of the latest threats, should create even more emotional weight to keep the player all the more invested throughout the game.