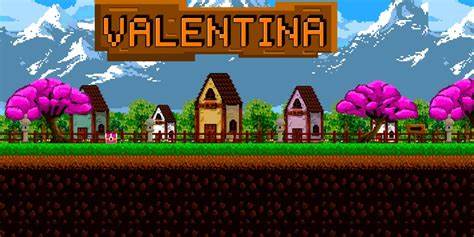 The Nintendo Switch library is home to a huge number of games ranging in price from $0.99 to $59.99 for mammoth games like FIFA 21.  Sometimes though developers make games that even they know should have a low price tag attached and we decided to try and play these games for our series Bargain Corner.  This first edition focuses on Valentina

Valentina is a game by Brazilian indie studio QUByte Interactive who are probably most known for the game 99 Vidas.  Valentina is a side-scrolling retro platformer available for just one euro on the Nintendo Switch.  Let’s take a look at what Valentina had to offer.

The game is a side-scrolling platformer that has elements of combat, the only weapon at your disposal is a bow with arrows that can be replenished by defeating enemies.  You also collect coins and health potions but despite playing through the entire first world we can’t figure out a single purpose for the coins.

The arrows you have are limited and it is very likely that they will run out on you eventually because the only way to get them is by defeating enemies, the issue is not every enemy gives out arrows meaning you will eventually grow low on ammo.  When this happened to us we expected to be met with death, instead we realized that all combat in the game aside from boss fights is pointless as every enemy can be avoided with a well-timed jump.  Even the boss was absurdly easy to beat just stand far enough away and spam the attack button to win.

The platforming is incredibly basic with most obstacles being in the form of floating platforms, your biggest enemy will be the hitbox of ledges which seems to end before the actual ledge does.

Valentina isn’t a buggy mess or outright bad, the controls are loose but at no point are they offputting.  What IS offputting though is the level designs, so often the player is faced with blind drops, and it’s 50/50 as to whether that blind drop leads to death or not.  Let’s not even get started on the in-game music which feels like one track being played over and over again.

The game’s English subtitles are not very good with a  lot of incorrect phrasing and word choices but that is to be forgiven as the devs. are Brazilian.

Will We Play It Again?

As of right now, we have no desire to ever play this game again it’s just bland and uninspiring in every way.  Once you realize the combat is pointless the game loses any energy it has, the incredibly basic story sure isn’t going to pull you in either.

For such a small price we can guarantee there are worse games out there but this game is priced so low for a reason.

Bowser’s Fury Analysis: What to Expect From New Game