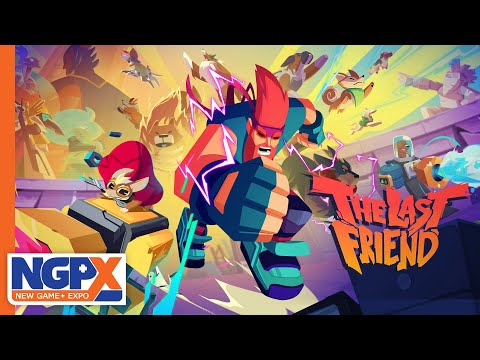 Skystone Games took part in today’s NGPX Showcase, hosted by NIS America, to announce the launch date of The Last Friend on Nintendo Switch – April 21, 2022. Ahead of the launch in April, a demo is now available! Take a look at the announcement trailer below!

What to Know Prior to April Release on Switch

Seamlessly blending both the arcade action of games like Streets of Rage with the strategical tower defense of titles like Plants vs. Zombies, The Last Friend quickly becomes a battle of man and canine standing stalwart against the end of the world. The Last Friend recruits a horde of super-powered dogs to help players drive back the violent mutants and gangs of the apocalypse in a fun, fast-paced hybrid of Brawler and Tower Defense.

In addition, NGPX viewers were treated to new looks at upcoming indie darlings like Underworld Dreams: The False King and Spacelines from the Far Out. UNDYING, which is now available on Steam in Early Access, also showed off its latest forthcoming content update, which finally will allow players to play as Cody, when his mother Anling succumbs to her zombie infection.

Spacelines from the Far Out Store Pages:

About Skystone Games
Skystone Games aims to be a leader in video game publishing with a passion for uncovering rich new experiences highlighting incredible talent across the globe. Founded by industry veterans David Brevik (Creator of the Diablo franchise) and Bill Wang (Perfect World & Giant), Skystone Games has multiple projects in development. Its first two titles, Undying and Spacelines from the Far Out will launch on multiple platforms in the near future. Skystone is actively seeking more partners. More information can be found at Skystone.Games.