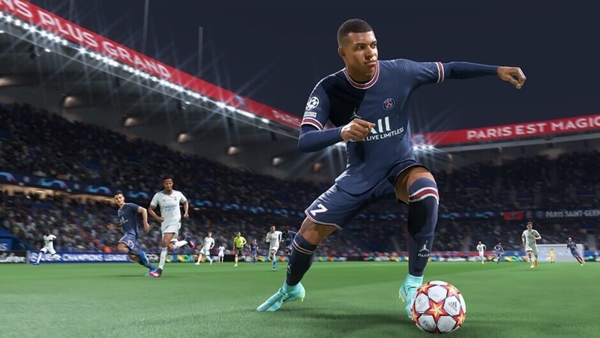 Rumors have swirled for a while now that EA Sports’ mammoth soccer simulator FIFA would be changing name soon due to licensing issues. It now seems more certain than ever that we will see FIFA rebranding. Jeff Grubb, of Grubbsnax, is reporting that the series’ new name will be EA Sports Football Club which is a name that eagle-eyed folks have spotted in past trademark applications. If you’re wondering what events have led to FIFA rebranding then stick with me as I run through it.

Why is FIFA Rebranding?

EA Sports has been licensing the FIFA name from football’s governing body. In recent negotiations, it is believed that FIFA were asking for double the previous price to license their name. This has caused EA Sports to consider dropping the name and seemingly move towards EA FC. The FIFA license expires after the World Cup in Qatar meaning any change to the game’s branding won’t come into effect until 2023.

is this news important?
0
Does a name change matter to you?x
Kind of. At this stage, EA Sports has enough marketing power and presence to keep people buying their soccer game every year. The FIFA license, despite being associated strongly with the brand, isn’t needed. So long as it’s EA Sports, and it’s soccer, and it releases every Autumn, the consumers will buy it (and likely call it FIFA anyway). Even FIFA’s biggest competitor eFootball can’t seem to shake the PES name when discussed by everyday people.

With the FIFA license available it is entirely possible that another studio gets involved and makes their own FIFA game in an attempt to swindle some folks into buying the wrong game but whether that’s worth the investment of the license and building a soccer engine from the ground up is the question.

The main thing is also that FIFA or EA Sports FC, whatever the name, this game will likely sell and not improve at all. We’ve all seen it over recent years with the FIFA series as it is the same tired thing trudged out every year, just with some new kits. A name change won’t affect the gameplay to the extent that EAFC is an overhaul of the series, although EA has hinted at FIFA restricting their ideas in the past so we may see SOME innovations going forward, but I am not holding my breath.

Do you agree? Will FIFA rebranding be meaningless in the grand scheme?
0
`Share your thoughts!x