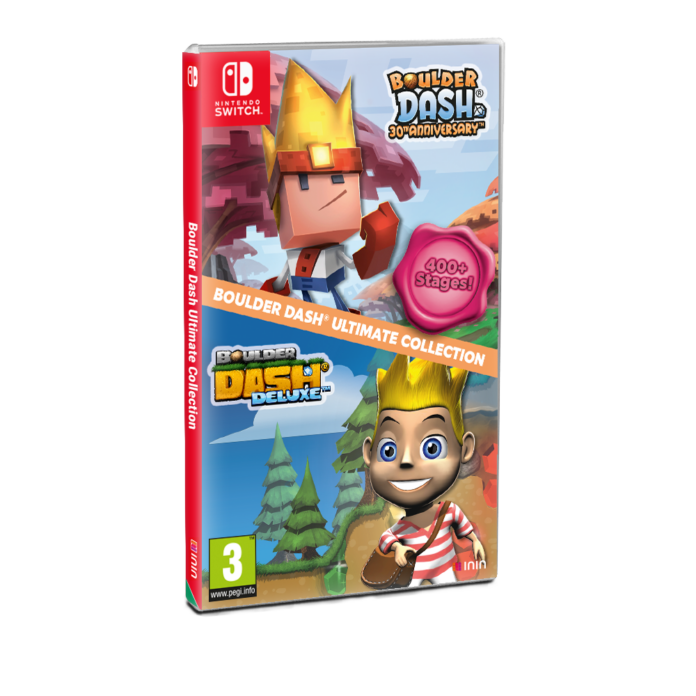 Stuttgart/Munich, February 15th, 2022: ININ Games together with BBG Entertainment are excited to release the Boulder Dash® Ultimate Collection boxed version in Europe this week! This collection of all-time classics in gaming history, that delighted generations of gamers, will be available through selected retailers for Nintendo Switch on February 18th.

With the Boulder Dash® Ultimate Collection, fans of the video game hero back from the ‘80s now get the new 2021 relaunch Boulder Dash® Deluxe™, and also Boulder Dash® 30th Anniversary™ in one collection!

Embark on an adventure through dangerous caves by digging through the sand and manipulating the environment to your advantage. Avoid falling boulders and use them strategically against different devious enemies. Collect valuable gems and hunt for high scores to advance to even more difficult stages.

Two amazing iterations of THE ‘80s action puzzler!
With this collection, players get the ultimate Boulder Dash® experience, including several beautiful game worlds with numerous levels to master.

Are You Ready For This?