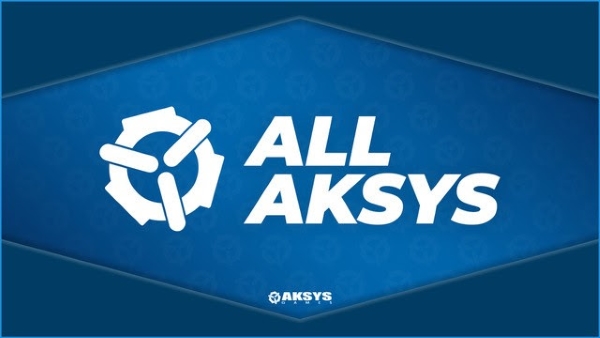 Aksys Games announced that they will reveal new titles, present fresh looks at previously-announced games, and livestream gameplay on their official Twitch channel, AksysGames, on Thursday, February 17th beginning at 9:00 a.m. PST for the All Aksys showcase

Some of the games to be featured at the All Aksys event include:
Blazing Strike (PS4™, PS5™, NSW, PC) – Inspired by classic arcade fighting game series from industry greats such as Capcom and SNK, the upcoming 2D fighting game from developer RareBreed Makes Games is Blazing Strike evokes the excitement and nostalgia of 2D pixel art genre pioneers while incorporating a unique games system with modern mechanics.
Variable Barricade (NSW) – A member of a prestigious family and heiress to a fortune, Hibari learns that her eccentric grandfather has taken it upon himself find her a husband by arranging a stay in a luxurious villa along with four handsome, hand-picked bachelors and a watchful butler. As the suitors try to win her hand by any means necessary, Hibari endures endless trials and temptations. Has grandfather chosen poorly, or is there more to these fellows than meets the eye? Through all of this, Hibari has two important goals: frighten off each of these marriage candidates, and absolutely refuse to fall in love.
Lover Pretend (NSW) – Chiyuki lives alone, spending all her time studying for university and doing part-time work. She has two dreams in life: One is to become a scriptwriter—also a dream of her late mother—and the other is to find her father whom she never met. From leftover clues, it seems her mother was writing a drama script before she was born. Chiyuki lands a job as a scriptwriter assistant for a film that the sons of the drama staff are making. She searches for information while working her new job, but in a twist of events ends up cast in the role of their love interest…? This is a pretend love role, not true love. Can Chiyuki create a script about fake lovers, while not knowing anything about falling in love herself?
Paradigm Paradox (NSW) – The year is 25XX, a world where mankind lives only in isolated colonies. The protagonist, a student at the academy, is bored with the drudgery of everyday life, a day-to-day existence untouched by gossip about “Heroes” and “Vermin,” the enemy of mankind, and unnoticed by the good-looking guys at the academy. One night she slips out of the dormitory and encounters colony-invading Vermin, landing herself in danger! Four girls appear suddenly and repel the Vermin with miraculous abilities. The protagonist decides to work as a Hero, leading a busy life as both a student and champion of justice. But why is it that she has more opportunities to talk to the good-looking guys everyone is gossiping about…? What is their (the girls’ / guys’) secret…? And what is the enemy’s true identity…?
Kimi wa Yukima ni Koinegau [English title pending] (NSW) – The first year of the Kyoho era. The land is ruled by the eighth shogun Tokugawa Yoshimune. Repeated incidents caused by monsters in the town of Edo upset and frighten the people so the Tokugawa shogunate establishes the “Oniwaban” to maintain public order and secure the town. Seasons pass—to year 11 of the Kyoho era. A girl in a village far from Edo has the power to see a “black thread” before every catastrophe and the panicked villagers drove her away into the snowy mountains. One day, a young man going by the name of Oniwaban appears before her. This is a story in which a girl encounters “non-humans,” and learns about love.
Piofiore: Episodio 1926 (NSW) – The full sequel to last year’s hit Piofiore finds Liliana immersed once again in the dangerous Mafia turf wars and intrigues that tear apart the city of Burlone.
To stay up to date on all the All Aksys news, follow Aksys Games on Twitter, Instagram and TikTok at @AksysGames, and join our Thursday livestreams on Twitch at AksysGames, with stream highlights and trailers on our YouTube channel.

One of the Top 10 Metacritic Publishers of 2020, Aksys Games Localization, Inc. is a visionary video game publisher committed to publishing unique and high-quality interactive content for all current-generation platforms since 2006. Its lineup of games includes the wildly successful BlazBlue, Under Night In-Birth, and Guilty Gear franchises, Little Dragons Café, the award-winning Spirit Hunter: Death Mark and Spirit Hunter: NG adventures and Code: Realize titles. More information about Aksys Games and its unique products can be found on the company’s website, www.aksysgames.com.

Will you be tuning in to the All Aksys event? If so, make sure to chime in and let us know your feelings on the games.