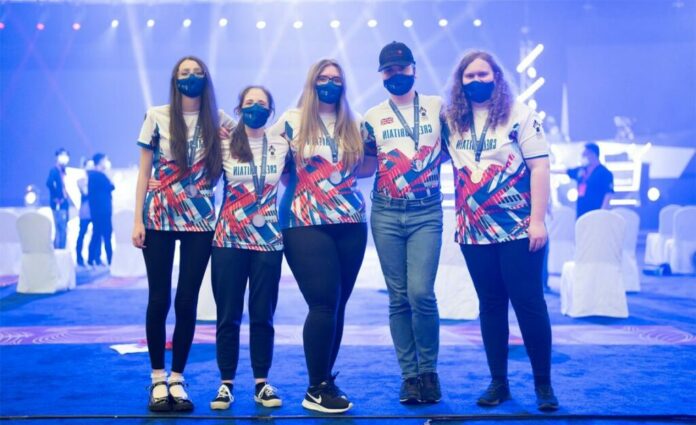 Teams from more than 80 countries competed in the tournament last weekend in Singapore. The 2021 games included tournaments in a variety of games, including Dota 2 Open, Dota 2 Women, eFootball PES, and Street Fighter V.

‘Closing out the first global esports games with a Silver medal and 2 close 4th place finishes (1-2 and 2-3) is a fantastic start for what could be a strong national programme.’

Team GB should feel extremely proud as they head into 2022, and their medal win represents exciting possibilities for future events. Here is an overview of events:

The Dota 2 open team competed in the semi-finals against Singapore but ended their journey in 4th place with the result of 0-2.

Team GB faced Mongolia in the semi-finals, securing their victory 2-0. Next, they played against Singapore, starting off the first match in the best-of-three series with a win. Singapore was able to pull it back again, taking the score to 1-1. Ultimately, in a match that ran over 70 minutes long, Singapore had the edge over Great Britain.

GB player Bellemiku said: ‘From where we started in the beginning, I am so proud of how far we have come. We prepared for the matches to the best of our ability and our series vs Mongolia and Singapore showed that.’

Moving onto eFootball 2022 PES, the qualifiers took place on the 17th of December. MrMyClub1 represented team Great Britain and Northern Ireland and started off the day with a victory against Hungary, but ultimately wasn’t able to progress past Montenegro and Libya. It was an excellent attempt, and you can hear more about it in this closing interview.

The Street Fighter V tournament was nail-biting, with player Kim-Phillipe finishing off with 4-0, moving onto the bracket stages of the tournament. Paraguay, Singapore, Jamaica, and Mongolia were within this group.

The next day, The4Philzz played against Brazil, securing his place in the semi-final. He fell 1-3 here, with Great Britain settling in 4th place.

This is, of course, an exciting development, and we hope to see more development in British eSports in 2022.

If you want to see more behind-the-scenes action, keep an eye on the British Esports website and YouTube channel over the coming weeks.