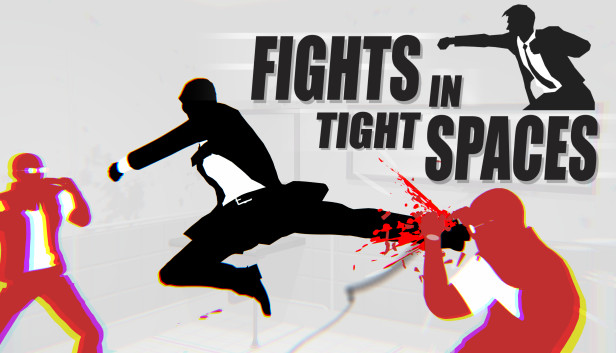 The card-based game has been in Steam early access since February, but the full version will launch on December 2nd 2021. Don’t panic if you’re not on PC, versions for the PlayStation 5 and Xbox Series X|S will launch alongside it. This is sure to please console gamers in a week full of fresh announcements for them.

Fights in Tight Spaces is a difficult game to describe. The game combines deck-building, turn-based tactics and fully animated fight sequences all wrapped up in a Superhot-style aesthetic. Players can choose from over 200 cards to build their deck and learn to balance their hand, momentum and positioning to survive.

Ground Shatter have made a host of changes since the early access release:

All these additions are supplementing the vast array of features carried over from the original release:

Sit Up and Take Notice

Feedback for Fights in Tight Spaces on Steam already has been very encouraging. It has received a ‘Very Positive’ score on Steam over the last nine months, with the vast majority of players recommending it.

Ground Shatter also has a strong history of their own. In 2019, they released the popular FPS Rico which combined engaging action with a beautiful graphic style. Publishers Mode 7 have also worked on the popular Frozen Synapse series as well as Tokyo 42 and The Colonists.