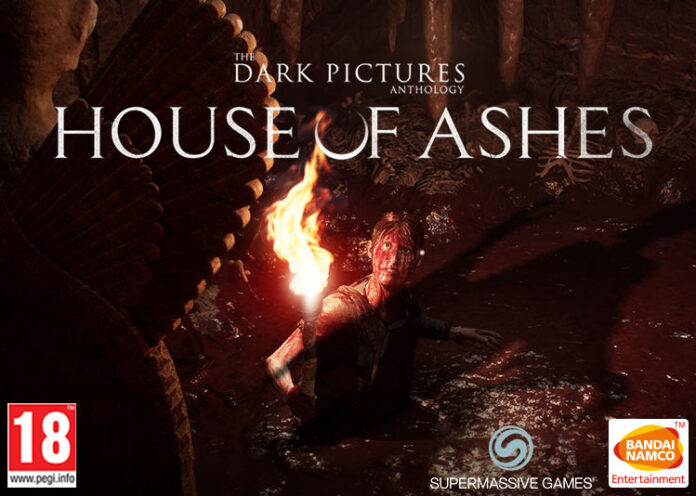 The Dark Pictures Anthology is a series of yearly horror games which tends to go under the radar every year. There are a number of reasons for why this might be the case, but the most obvious is simple: these games are a growing collection of different narratives. With no two games bearing the same story, there isn’t going to be any growing attachment to ever-developing characters within the Dark Pictures world (should these games even be a part of one world). The only unifying, recurring theme is the voice of the supremely enigmatic Curator (voiced by veteran actor Pip Torrens); a sort of narrator in the Dark Pictures universe, who may provide you ominous hints and messages, should you choose to listen to them (his intro at the start of each Dark Pictures game is always one of the more memorable aspects). You have one game to get behind the characters within and once the credits roll, you won’t be reunited with them in the future. House of Ashes is no different.

The Dark Pictures Anthology: House of Ashes – The Best One Yet

House of Ashes Perfects the Until Dawn Formula

This anthology of games, brought to us by developers Supermassive Games and publishers Bandai Namco Entertainment, kicked off with thanks to the success of Supermassive Games’ Dark Pictures predecessor and archetype of the Dark Pictures Anthology format, Until Dawn. You may remember Until Dawn – the 2015 horror game set in the snowy, ski mountains of the Canadian Rockies. In it, you control a number of late-teenagers with a classic slasher style killer on the loose. A few twists and turns eventually reveal the true monster in the mountains: the mythological Wendigo. You then have to navigate your characters to safety, with the unique revelation that any of your characters can die; you can complete the game with all of them (for the best ending), with two deceased or, for the worst ending, none of them surviving. Your decisions decide the fates of the characters and your ending as the omnipotent player.

The Dark Pictures Anthology follows this same formula; Supermassive Games no doubt looking to capitalize on the success of its predecessor, which was nominated for a number of awards (winning one) in 2015 and ’16. The anthology kicked off in 2019 with the polarizing Man of Medan; a game which suffered for its lackluster, short story and how surprisingly unlikable all of the player characters were. Its 2020 sequel, Little Hope, was a (super) massive improvement; developers having clearly listened to critics and players alike to create a far more enjoyable, prolonged experience. This, of course, brings us to the third in the series: House of Ashes.

It Will Keep You Guessing

House of Ashes benefits from making you, the player, continuously try to (unsuccessfully) guess what’s going on. Unlike in Until Dawn and Little Hope, where the source of the horror became fairly obvious quite early on, House of Ashes keeps revealing new and mysterious information as the game progresses. Initially, you might find yourself believing this is an “ancient curse” type of horror game; with the prologue, set in the ancient civilization of Sumer (present day Iraq), doing its best to make you think this. The game then moves on to the early 2000s where, should you be playing multiplayer (as these games should be played for the complete experience), one person will control any of the American soldiers – including Rachel, played by Ashley Tisdale – whilst the other player finds themselves as the reluctant Iraqi soldier, Salim Othman (Nick Tarabay). With the two players often having to switch characters and roles, you will eventually learn to understand the different personalities and traits of each of them – traits which will be defined by your choices.

A battle between US and Iraqi soldiers leads to all of the characters falling through hollow ground – straight into the ancient Sumerian fortress from the start of the game; which had been left abandoned and desolate for thousands of years… or so it may seem. This is where the real game begins; characters may perish through your choices here – your morals will be tested and, potentially, punished. You quickly come to realize that this is not just an ancient curse horror game (if at all) but a unique, more refined horror game which brings in elements of ancient mysteriousness, hysteria and a unique blend of vampiric aliens looking to punish all those who get in their way.

The best part of the game is the abandonment of “war roles”; with Salim, the reluctant Iraqi soldier, and Jason Kolchek (Paul Zinno) – an almost stereotypical, Iraqi hating U.S. soldier armed with a gun, a southern drawl and a “hooah” to complete the look – able to forge quite the admirable bromance, should you make the right choices and keep them alive. Together, they come to understand that there is more that unites them than divides them. Yes, one is a white American Christian and yes, the other is a devout Islamic Iraqi, but in the face of adversity – in the form of vampiric space aliens – they live the same and they die the same.

This is a message for life: we are all human. In spite of being the third in an anthology of horror games, the underlying message is one of positive, unifying forces, despite all of the dangers present in this world we inhabit. This message, combined with the design, structure, acting and story of the game, makes it the best in the series so far. If you are looking for a fun way to spend a few hours with friends – complete with teamwork, panic and a tremendous amount of scares, then you should give House of Ashes a go. Though it will be a lesser experience, you can still enjoy this game on your own, also. The next game in the series is 2022’s The Devil in Me and we, simply, cannot wait.

Keeping Up With Video Game Reviews

Stay tuned to Last Word on Gaming for more video game reviews, in addition to various other gaming content.