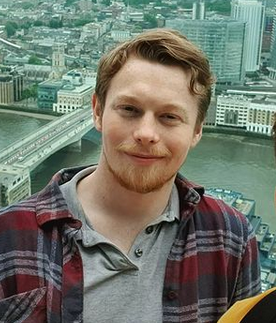 I was lucky enough recently to get to know Chris Judge, one of the hottest prospects of eSports casting in the world of League Of Legends. Chris was delighted to join me for an interview and here’s what we learnt about how Chris got into gaming when he was younger and what exactly casting is.

Chris Judge and Being a Caster

Chris, like many people, grew up on a Gameboy Advance. He told me, “I’ve always been a Nintendo fanboy. I was a handheld gamer until I was about 13 or so, moving onto a DS, before eventually getting an Xbox.” He told me that was what started his ‘gaming obsession’, but he’d rather it be called a passion.

It wasn’t long before he switched to a PC. Chris told me he started off on this old and slow PC, playing games like Team Fortress 2 and Garry’s Mod and it was only due to Lockdown that he decided to build his own PC, something he is now really proud of and 10x better than his old setup.

Chris’ main game these days however is League of Legends, the iconic franchise made by Riot Games. Chris told me that, “I love everything about it, the lore, the music, the artwork and most importantly, the game itself.” It was League of Legends that also enabled him to take his first steps into the competitive world of eSports as he headed to University.

“I absolutely adore everything about it. The lore, the music, the artwork and most importantly, the game itself.”

The University eSports scene is one of the most active in the country right now. With both NUEL and the NSE, you have two excellent organisations devoted to young gamers. Chris told me that at the University of Portsmouth, “there was one of those chill events with pizza and a whole load of consoles and games to try run by my Uni’s Gaming society. As a side, this included Beat Saber, quite possibly the best game ever made.”

Having chatted to some of the people in the society, Chris went on to represent the Portsmouth Pirates and Invulnerables eSports for League of Legends. It was with Invulnerables though that Chris was given his first opportunity to try out casting.

“Beat Saber, quite possibly the best game ever made.”

I got Chris to explain to the site what casting was. He told me that it’s really similar to being a commentator in traditional sports. Here, however, you use your knowledge of playing the video game and your knowledge of the characters to help with your analysis of what’s going on.

Chris went on to explain that there are two types of caster, “You have play-by-play and colour casting. Play-by-play involves commentating on all of the action as it happens and spotting key moments to talk about. Colour casting on the other hand does more in-depth analysis. They need to have a great relationship with the play-by-play and it helps produce the best product possible.” Chris told me that he himself prefers play-by-play casting as he loves deciphering the game when it looks like it is an absolute mess and figuring out exactly what is going on.

Here’s a link to Chris’ favourite game he has ever cast:

Chris’ ultimate dream is to be casting the World Finals of LoL. It’s a big ambition for Chris but one that we at LWOG can easily see him achieving. In the next few years, however, he would love to keep boosting the grassroots eSports scene.

He told me something that everyone can relate to, “it would be fantastic if we could take gaming away from being a hobby, and legitimise it in some way. I think if we can get more and more people into gaming, I feel like we can no longer be criticised for wanting to spend our time playing video games.”

The Last Word On Gaming will Support Chris!

Here at LWOG we are excited to support Chris’ career and are excited to see him keep growing. Hopefully, we will see his name in headlights as the top caster for LoL in the future.

We will keep in touch and get some insight from Chris ahead of the LoL 2021 Worlds.

If you’d like to follow Chris or get in touch with him, here are his socials and a link to the UNL, a for-fun tournament he set up with his friends, now in its fifth season, streamed live on Twitch.