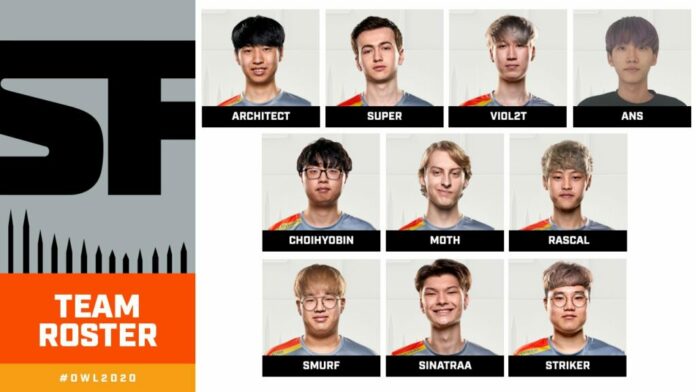 Several esports stars have overcome huge obstacles to earn fame and fortune over the past 12 months. It has been the most tumultuous year in the history of the competitive gaming scene, as the Covid-19 pandemic forced hundreds of tournaments to be scrapped.

Both CS:GO Majors were abandoned, along with The International and the Fortnite World Cup. Yet many success stories developed amid the chaos, and these are the most impressive developments that fans witnessed in 2020:

San Francisco Shock were crowned Overwatch League champions for the second time in a row when they beat Seoul Dynasty in the Grand Final in October. The Shock had to overcome a number of challenges, including quarantines, unfamiliar facilities and the departure of 2019 MVP, Jay “sinatraa” Won, who left to play Valorant. Yet they were consistently excellent throughout the season and fully deserved their victory.

Kwon “Striker” Nam-joo was named MVP this time around after displaying fantastic Tracer play. However, it was the teamwork and collective brilliance that really stood out. The Shock were simply too strong for the Dynasty, and they have actually established a dynasty of their own by winning back-to-back Overwatch League titles.

South Korea Returns to the Summit of League of Legends

A South Korean team ended two years of Chinese dominance when Damwon Gaming beat Suning 3-1 in the LoL Worlds Grand Final. Some 6,000 fans packed into the new Pudong Stadium in Shanghai to watch the action unfold, and top seed Damwon prevailed in one of the most entertaining finals of all time.

They dropped just one game en route to reaching the final, and boasted a 34-3 record heading into the tournament, so they were always among the favorites. Yet Suning were surging with momentum after pulling off shock victories over JD Gaming and Top Esports, and they played out an epic final. Suning battled hard, but they were ultimately outclassed by a terrific Damwon team.

Vitality cemented their status as the new kings of the CS:GO scene when they vanquished Astralis in the BLAST Fall Finals. They had been forced to settle for several silver medals over the course of 2020, but they then won IEM Beijing and headed into BLAST Fall surging with confidence.

They came up against an Astralis side that had recently welcomed back Xyp9x and gla1ve to return to full strength, and they roared to a convincing victory. They only dropped two maps in the entire tournament, and high-quality performances from ZywOo and misutaaa helped them put Astralis to the sword.

The Danes remain top of the HLTV world rankings, having won the last few Majors, but it will be interesting to see if the balance of power shifts in 2021, with the odds available here on big CS:GO tournaments showing that the likes of Vitality and NaVi are very highly rated.

CS:GO hit a new record of 1 million concurrent players in March, surpassing the previous high of 850,485 set in April 2016. The popular game has faced several challenges in 2020, including the cancellation of the Majors, the pandemic and the inexorable rise of Valorant, but it actually became the first year where CS:GO had more than 500,000 players on average each month, showing that there is plenty of life left in the old dog.

Spacestation Gaming pulled off a stunning upset to beat the dominant Ninjas in Pyjamas in the Grand Final of the $3 million Six Invitational in February. North American teams have flopped at the tournament over the past few years, and Spacestation Gaming were expected to suffer a defeat at the hands of NiP.

They slumped to a 2-1 deficit in the best-of-five clash, and they were four rounds down in the fourth map, but they battled back and ultimately closed out a thrilling 3-2 victory. The star of the show was actually a Canadian player, Troy “Canadian” Jaroslawski, but this was very much a win that made America great at RS6 again.

The decisions to cancel The International and the Fortnite World Cup meant that the inaugural Call of Duty League Championship 2020 was the most lucrative tournament of 2020, ahead of the Overwatch League and the Six Invitational.

A seven-month season ultimately boiled down to a clash between top seeded Atlanta FaZe and second seed Dallas Empire in the final at the end of August. The best-of-nine series promised to be a pulsating affair, as the teams seemed pretty evenly matched, but it actually turned into an exceptionally one-sided contest.

Dallas Empire opened up a 4-0 lead after dominating the opening maps. Atlanta prevented a clean sweep by winning the fifth map, but then Dallas overwhelmed them in game six to clinch the title.

Empire’s Crimsix and Clayster joined an exclusive club as three-time CoD world champions. Crimsix, who has won the most tournaments and prize money in the esport’s history, and Clayster and Crimsix are also the highest-earning esports stars of 2020 as a result of their CoD League Championship exploits.