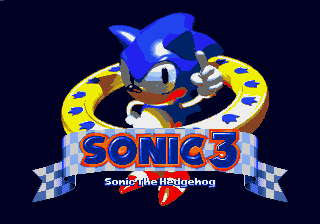 Gaming has a rich history that spans multiple decades. To this end, The Last Word on Gaming Backlog is a series that looks back on titles across all generations. From the golden 8-bit era to the landscape-changing 64-bit scene and beyond, The LWOG Backlog’s aim is history. In 1994, Sonic fever was at an all-time high; in 2021, we take a look back at “The Blue Blur’s” third platforming adventure on the Sega Genesis, Sonic the Hedgehog 3.

Sonic the Hedgehog 3 Genesis – An Overview

A Trek on a Floating Island

Turn back the clock to 1994 when at this time, there were few video game characters as iconic as Sonic the Hedgehog. From stuffed animals in retail stores to cartoons on television, it was difficult to avoid Sega’s blue mascot with attitude. In terms of video games, the franchise wasn’t hurting. In November the year prior, fans were greeted with the Sega CD classic known as Sonic CD. On the Sega Genesis, spin-off titles Sonic Spinball and Dr. Robotnik’s Mean Bean Machine were released. By the time 1994 rolled around, it was evident that a new traditional Sonic adventure was needed on the console that made him a household name. Enter Sonic the Hedgehog 3, published by Sega and developed by Sega Technical Institute.

Sonic the Hedgehog 3 was conceptualized as the biggest title in the series up to that point. Many new ideas surfaced, though not all of them made the final cut, largely due to time constraints. The game was set for a North America release of February 2, 1994. It was a hotly anticipated release at that. The game’s marketing was ubiquitous, including a partnership Sega established with McDonald’s to include Sonic toys in Happy Meals. Though Sonic the Hedgehog 3 was meant to be a large adventure, the aforementioned time constraints and Genesis cartridge limitations forced the project to be split in half; we will discuss this detail later. Here’s what to know about Sonic 3.

Following the events of Sonic the Hedgehog 2, as well as the apparent defeat of Dr. Robotnik, Sonic the Hedgehog and Miles “Tails” Prower travel to the Floating Island. Robotnik hasn’t taken defeat lightly, however. To repair his Death Egg airship that Sonic and Tails destroyed, he makes his way to the same island to claim new power. Sonic and Tails are quick on his trail. Along the way, they encounter Knuckles the Echidna, the guardian of the Floating Island’s Chaos Emeralds. Tricked by Robotnik to believe that Sonic and Tails are the ones in pursuit of the emeralds, Knuckles will stop at nothing to thwart their efforts. With this new threat, can our heroes defeat Robotnik once more?

Suffice to say, the most striking addition to the game’s story is the introduction of Knuckles. Boasting incredible strength, knowledge of the Floating Island, and the ability to glide in the air, Knuckles would become a mainstay throughout the series. Sonic the Hedgehog 3 positions him as an antagonist, though in subsequent games, he works alongside Sonic and his friends to maintain peace throughout the world. Knuckles’s introduction is one of the aspects of Sonic 3‘s story that makes it feel grander than the games prior.

From a mechanical standpoint, Sonic the Hedgehog 3 is very much in line with the past 2 titles. The objective is to make one’s way through multiple zones. Each zone is composed of multiple acts, tasking the player to either reach a goalpost or complete a boss fight encounter. Along the way, the player can find power-ups; Sonic 3 adds the Flame Shield, Water Shield, and Lightning Shield. Simply put, if you’ve played Sonic 1 or 2, Sonic 3 will feel familiar. However, there were many changes made to the formula fans have come to know that it felt like a true step forward for the series.

One of the changes in question is the focus on exploration. While the previous games had relatively open-ended levels, allowing for multiple methods of traversal, Sonic the Hedgehog 3 gives the player incentive to explore. While there is always a clear path forward, it behooves the player to go off the beaten path. By doing so, they may encounter giant Gold Rings, which can be leaped through to reach this game’s special stages. By completing these 3D trials, tasking the player to grab blue energy spheres and avoid red ones, the lost Chaos Emeralds can be gained. These special stages are among the most fun in the entire series, testing the twitch reflexes of players.

Another area in which Sonic 3 innovates is how zones and acts transition. This becomes quickly evident in the game’s first area: Angel Island Zone. In Act 1, the player races through and explores a floating island, green trees, bushes, and vegetation as far as the player can see. Upon entering Act 2, however, the zone is lit ablaze. This shift makes it feel as though Sonic, Tails, or both are making their way through a floating forest fire. Each zone or act feels like an extension of the one before it. Sonic 3 feels less segmented, like a traditional 2D platformer, and more like an interconnected adventure.

The Sonic the Hedgehog series was always eye-catching; in Sonic 3, this is elevated. The game’s color palette is vibrant, bringing the game’s various areas to life. This is true from the aforementioned vegetation of Angel Island Zone to the snow-covered landscapes of Ice Cap Zone and beyond. The game also impresses with its implementation of 3D graphics, not only during the special stages but upon seeing the game’s intro scene, complete with a 3-dimensional model of Sonic himself. This game was a graphical showcase for the 16-bit Sega Genesis.

In terms of audio, Sonic 3 is both a treat for the ears and something of a rabbit hole. Perhaps the most well-known bit of trivia regarding this game is that Michael Jackson, a Sonic fan in his own right, helped compose portions of the game’s soundtrack. He also worked with Sega on video game adaptations of his 1988 film, Moonwalker. Certain tracks in Sonic 3 share similarities to Jackson’s songs. To name a few examples, Sonic 3‘s ending theme sounds like “Stranger in Moscow” at a faster tempo, while one of the portions of Carnival Night Zone’s theme adopts a sample from “Jam.” Due to Jackson’s real-life allegations around the time of the game’s release, he remains uncredited.

At its core, much like the games the preceded it, Sonic the Hedgehog 3 doesn’t take long to complete. A straight shot to the end can take roughly 3 hours. However, to find every secret and claim the final Chaos Emerald, one’s time with Sonic 3 can easily be doubled. Much of the fun that comes from this game isn’t derived from reaching the end credits. Instead, it comes from exploring everything that the game has to offer, taking different routes to reach the end faster, and uncovering secrets that were hidden in plain sight.

Despite Sonic the Hedgehog 3 being positively received upon its release, from its improved visuals to how it built upon the established gameplay formula. With that said, its short length was evident of the fact that it was meant to be a bigger project. As stated earlier, STI was forced to split the game in half; both games would come together to form a complete story. What would accompany Sonic 3 later that year was Sonic & Knuckles, the latter utilizing a unique cartridge with “lock-on technology.” This, however, is a story to cover another time.