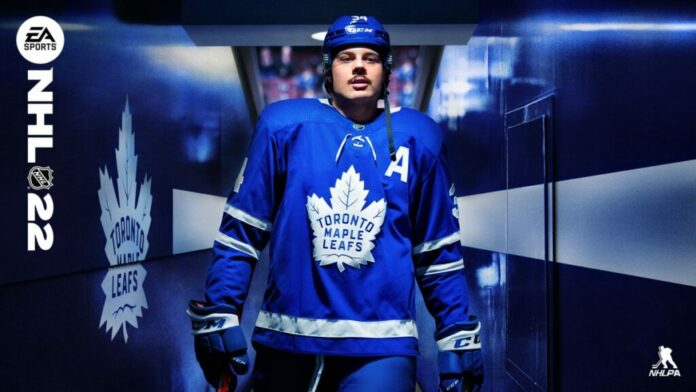 It is August, which means the NHL season is just around the corner. It also means that EA Sports will be dropping the latest edition of their annual series NHL 22. On Thursday, August 19, the folks at EA had fans clamoring over the drop of the NHL 22 official reveal trailer.

The first thing that flashed on the screen was EA’s Frostbite engine logo. NHL gamers have been wanting the switch to that engine for years and it has finally come. Better late than never? We will see.

EA Sports website claims the Frostbite engine will bring huge visual upgrades that dramatically enhance realism throughout NHL 22. From overhauled player likenesses to all-new eye animations that track and react to the action around them, the superstars of the NHL have never felt more alive.

The game will launch on October 15 on PlayStation 4, PS5, Xbox One, and Xbox Series X, it will offer “full feature parity” across all four versions. If you decide to drop money on the X-Factor edition, you will get the game three days early, on October 12. The one drawback, despite the game being launched on all four platforms, is there will be no cross-generation play. Both current-gen and previous-gen consoles will however run on the Frostbite engine, so you won’t miss out if you haven’t upgraded just yet.

The pre-order bonuses for the X-Factor bundle are as follows.

If you were on Reddit or Twitter over the past week, fans of the franchise were making guesses as to who the cover athlete for this iteration would be. There was a teaser video put out with the New York Rangers logo at center ice and a Rangers player skating on the immaculate ice surface. This lead fans to believe that Artemi Panarin was going to be the latest cover athlete. Well, were they ever wrong?

Pumped to be back on the cover for #NHL22 @EASPORTSNHL 🎮🔥

Madden 20 brought the debut of what is called Superstar X-Factors. Well, NHL 22 is dropping this new gaming mechanic.

As of right now, we know of three X-Factors and they include ‘Shock and Awe’, ‘Tape to Tape’ and ‘Contortionist’.

Matthews’ Shock and Awe will make for quicker wrist shots on the fly. Tampa Bay Lightning goalie Andrei Vasilevskiy’s Contortionist will boost his ability to make highlight-reel body-twisting saves. And Edmonton Oilers forward Leon Draisaitl will feature Tape to Tape which will modify some of his passing animations and will occasionally automatically saucer pass for players if there is a stick in the way.

When this information was dropped, many fans on Twitch were questioning whether these X-Factors would be exploits in the game. It seems as if the answer at the moment is no, but there will always be some glitch goals and plays that the top gamers find.

I am such a fan of the NHL series that I would buy it every year regardless. However, with the upgrade in the graphics due to the Frostbite engine, along with X-Factors, I am more intrigued than I have been in the past few years.

You can pre-order the game now on the EA Sports website, on your Xbox or Playstation as well.