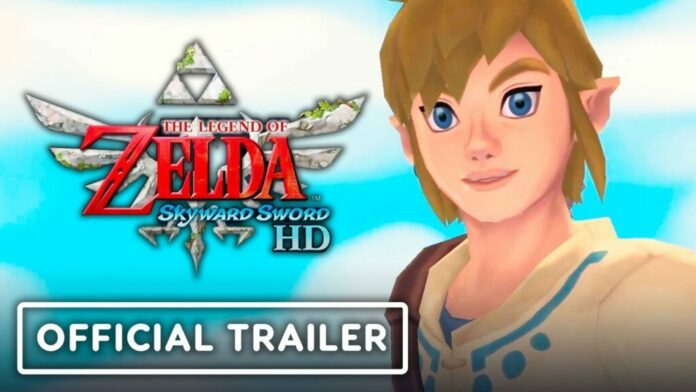 The Legend of Zelda: Skyward Sword is getting an HD remake on the Switch! As we predicted in an earlier article, Nintendo is set to release the 2011 classic on July 16th, and they’re sure to make some changes to the original game. While the core gameplay and overall design will remain the same, the Zelda team is sure to make a few tweaks to the Switch version and improve some flaws from the initial release. Nintendo has ported many a game over to the Switch, and they typically make a few changes per release. For example, Mario Kart 8 Deluxe completely fixed the broken battle mode of the original release and created a far superior product.

The original Skyward Sword is a great game, and there is no such thing as a bad 3D Zelda. However, this game is probably the most flawed of all of Link’s 3D adventures. As the only 3D game without a remaster, the Zelda team has a chance to improve Skyward Sword and make it just as good as the other installments in the series.

My Hopes For The Legend of Zelda: Skyward Sword HD

Skyward Sword has some of the best and worst bosses throughout the entire Zelda series. On the one hand, the game features Koloktos, a masterfully-designed guardian of the Ancient Cistern that perfectly caps off what is, in my humble opinion, one of the greatest levels in video game history. On the other hand, the game also features bosses like Tentalus, a boss at the end of the otherwise-fantastic Sandship dungeon that looks like Mike Wazowski’s girlfriend after a month of fast food.

There are three bosses in this game that simply do not live up to the high standard of a Zelda game: Tentalus, The Imprisoned, and Scaldera. Tentalus is the easiest one to fix, as his dungeon is fantastic and the fight is fine, but the cartoonish design makes him impossible to take seriously. If the Zelda team keeps everything else the same but just comes up with a better look, I’d have no problem with this fight.

The Imprisoned and Scaldera, meanwhile, will be a bit harder. Like Tentalus, the design for these two leave a lot to be desired. The Imprisoned just looks like a giant avocado, and the first two iterations of his fight are painfully repetitive and boring. This is an alternate form of Demise, the all-powerful Demon King responsible for the eternal curse upon Hyrule, yet the fight feels more like padding than an ultimate showdown with the literal embodiment of evil.

Scaldera isn’t the most interesting design in the world, but he’s not quite as bad as Tentalus or The Imprisoned. Instead, the monotony comes from an overly-simplified and repetitive fight. It takes two seconds to identify his pattern, and a third to actually beat him. Stepping up the difficulty while making a few tweaks to his relatively simple design would go a long way in improving the climatic duel in the Earth Temple.

On paper, Skyloft has the potential to be one of the most interesting hubworlds in the entire series. Located entirely in the clouds, Skyloft represents a truly unique setting never before seen in a Zelda game. Previous installments like Twilight Princess toyed around with the idea of a kingdom in the sky, but we’ve never seen it on as full a scale as in Skyward Sword. If properly executed, this could’ve been one of the most memorable destinations in all of video games.

Unfortunately, Skyloft didn’t quite live up to its potential in the original release. While it’s still fun to fly around and explore all the surrounding islands, the excitement wears off pretty quickly as there isn’t much to actually do. The developers were clearly going for the same vibe as The Wind Waker’s Great Sea, but they weren’t able to completely recapture that magic.

Part of what made the Great Sea so memorable is the idea that there could be secrets hidden in every last square of the map – anything could be under the water, after all. Unfortunately, this doesn’t work in the sky, as the player can see anything and everything in the surrounding area. Adding a few more islands with optional sidequests would make Skyloft far more interesting and keep players coming back for more.

Aside from Breath of the Wild, every 3D Zelda features some type of guide helping Link throughout his adventure. Link had Navi in Ocarina of Time, Tael in Majora’s Mask, the King of Red Lions in Wind Waker, and Midna in Twilight Princess. Each character essentially served the same function, although the execution ranged from fantastic addition to the lore (Midna) to annoying nuisance that you wish would just shut up (Navi).

Skyward Sword uses Fi, the spirit of the Goddess Sword tasked with helping the chosen Hero defeat the rising evil. While she’s not quite as intrusive as Navi, she still interrupts the flow of the game far too often to give very obvious advice. Fans of the series and casual players alike universally agreed that Fi played too large a role in Skyward Sword, and the Zelda team took this criticism to heart. According to multiple developers, the backlash over Fi’s hand holding played a crucial role in the decision to remove the token helper character in Breath of the Wild.

Fi is a fine character, but she should have a smaller role in the HD remake. While the player can still call on her whenever they get stuck, the developers should make most of her dialogue optional, rather than mandatory. Skyward Sword has a fantastic story to tell, and it would flow more naturally if Fi didn’t interrupt every five minutes.

2021 marks the 35th anniversary of the original Legend of Zelda, and I hope this game isn’t all we get to commemorate the occasion. While most still expect Breath of the Wild 2 to come out towards the end of 2021, I want a full-on celebration of everything that makes the Zelda series so fantastic. For Mario’s 35th anniversary, the plumber received Super Mario 3D All-Stars along with a remaster of Super Mario 3D World.

Zelda isn’t quite as big as Mario, but the series has more than enough fans to sell a similar collection. Following up Skyward Sword with some combination of Ocarina of Time, Majora’s Mask, The Wind Waker, and Twilight Princess would be a fantastic way to continue to build up hype for Breath of the Wild 2 while giving Zelda the 35th anniversary celebration the series deserves. Of course, I also wouldn’t complain if they released a remaster of the Oracle games, but that might be asking too much.

Why Mario Kart 9 Won’t Be Coming For A While