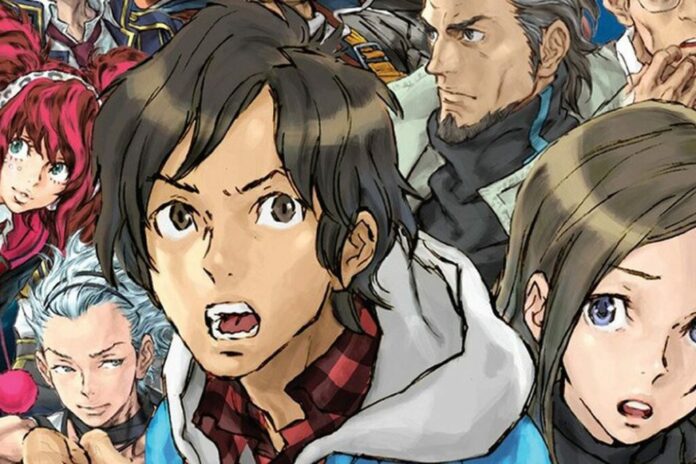 Gaming has a rich history that spans multiple decades. To this end, The Last Word on Gaming Backlog is a series that looks back on titles across all generations. From the golden 8-bit era to the landscape-changing 64-bit scene and beyond, The LWOG Backlog’s aim is history. For this week’s piece, we take a look at the visual novel thriller that was originally released on the Nintendo DS – the first installment in the Zero Escape series, Nine Hours, Nine Persons, Nine Doors.

On the surface, the Nintendo DS and visual novel games go together like peanut butter and jelly. With the system’s dual-screen layout and touchscreen, it provided storybook-like experiences in a way that other platforms couldn’t. Throughout the life of the DS, there have been numerous titles that fit the visual novel genre. These included, but weren’t limited to, Hotel Dusk: Room 215 and the Ace Attorney series. However, when it comes to titles in this category that perfectly captured suspense, dread, and terror, Nine Hours, Nine Persons, Nine Doors was in a class all its own.

Nine Hours, Nine Persons, Nine Doors was the first title in what would become known as the Zero Escape series. Also known as 999, this title was written by Kotaro Uchikoski. Not only was he a video game director, but a skilled writer who became synonymous with visual novel titles on the DS. In addition to writing this game’s story, Uchikoski built it with escape rooms in mind; these would be one of the main components of 999. As players read the story, they are tasked with escaping various areas, using problem-solving skills along the way. Nine Hours, Nine Persons, Nine Doors was developed by Chunsoft. It was published by Spike in Japan for a 2009 release; meanwhile, the same title was published by Aksys Games in North America for a release the following year.

Nine Hours, Nine Persons, Nine Doors opens with the main character, Junpei, waking up in an unfamiliar location. As he gathers his bearings, he discovers that he’s in a strange cabin on a cruise ship. As he attempts to call for help, he notices a strange watch on his wrist, the number “5” on the digital face. Suddenly, one of the windows of the cabin shatters and water begins to fill the room. Through the aforementioned problem-solving, Junpei escapes the room and meets eight other passengers, each wearing their own watch with a unique number displayed.

Before they can make much headway in conversation, a voice over the loudspeaker booms. The voice refers to itself as Zero, who reveals that they brought these nine strangers together to participate in the Nonary Game. It quickly becomes evident that this particular game is nothing short of deadly, prompting the participants to work together as opposed to against one another. It’s through the Nonary Game that the player sees not only the best of humanity but the absolute worst.

Given the nature of the visual novel genre, Nine Hours, Nine Persons, Nine Doors needed a solid story. Not only does 999 excel at telling a thrilling story that becomes horrifying at times, but it showcases characters with varying personalities. There are protagonists to cheer on, of course, but there are others that will leave the player skeptical of their true intentions. 999 weaves an incredible narrative, dealing shocking twists and turns along the way.

For the most part, Nine Hours, Nine Persons, Nine Doors can be described as a passive experience. Most of the game takes place through Novel sections, which prompt the player to continue the story. However, there are instances when the player will be required to make choices that influence the story in question. Whether it’s deciding on teams that will tackle certain rooms or answers the player gives to characters, it’s these choices that create unique narratives in subsequent playthroughs.

The more active experience of 999 takes place through the game’s Escape sections. In an Escape section, the player is brought to a room where they must find an exit, hence the name. This is done by locating various items, determining how they work together, and where the items are used in relation to the room in question. No Escape section is impossible to solve, though, especially as the player is provided in-game tools such as a calculator for number-based puzzles. These Escape sections quickly become the most engaging parts of the game.

Nine Hours, Nine Persons, Nine Doors is more than just a book. It tells an engrossing story bolstered by the various puzzles peppered throughout. The latter can be incredibly challenging, especially in later playthroughs, but they are designed in a way that this high level of difficulty doesn’t deter the player. When an escape is found, it feels well-earned, making 999 that much more rewarding.

While Nine Hours, Nine Persons, Nine Doors is visually static, due to its storybook nature, its presentation is anything but dull. Kinu Nishimura served as an artist for 999; she also created art for various Capcom titles, including the Street Fighter series. 999’s anime-like designs are eye-catching and the game’s environments are equal parts elegant, given that the game mostly takes place on a cruise ship, and foreboding. The game is a visual treat that keeps the player from becoming too comfortable.

The soundtrack of Nine Hours, Nine Persons, Nine Doors is incredibly solid, too, serving as the perfect backdrop to this dread-inducing adventure. 999 was composed by Shinji Hosoe, who would go on to compose the other titles in the Zero Escape series. Each song in the game fits the atmosphere it belongs to. “Binary Game,” for example, is a tune that prompts the user to put on their thinking cap before tackling an Escape section. “Chill and Rigor” plays when a horrific event in the game takes place. “Quietus” is heard when a less-than-ideal ending is reached. These are just a few examples of how 999 heightens an already gripping story through sound.

With six different endings, Nine Hours, Nine Persons, Nine Doors is an incredibly substantial title. The ending that a player reaches will depend on the choices that they make. These include doors that are selected in key parts of the game. Keep in mind that there is only one “good” ending, as the other “five” result in tragedy for the characters. 999 isn’t a game to be played once and set aside. This is a title that encourages the player to play again, selecting different options to see where the story takes them next.

A single playthrough of 999 can last for roughly ten hours. However, it’s not uncommon for completionists to go through the game spending up to forty. By doing so, they experience different plot points and acquire other endings. In later re-releases, 999 provides the player with a handy flowchart, allowing them to better see the choices they’ve made so that they can keep track of their progress. The original DS title does this well enough. With that said, for a more complete experience, the aforementioned re-releases are the ones to play.

As stated earlier, Nine Hours, Nine Persons, Nine Doors started what would become known as the Zero Escape series. The sequel, Zero Escape: Virtue’s Last Reward, came out on the Nintendo 3DS and PlayStation Vita in 2012. The third, and final, title came out four years later: Zero Time Dilemma. These games intertwine, sharing certain characters from all titles and seeing how the “Games” they’ve played impacted them.

For a more complete experience, as far as the first two titles are concerned, Zero Escape: The Nonary Games is worth playing. It was released in 2017 for the Vita, PlayStation 4, and PC. The Nonary Games includes updated versions of 999 and Virtue’s Last Reward. In the case of 999, the aforementioned flowchart, high-resolution graphics, and Japanese and English voice acting are the prominent new additions. For many players, The Nonary Games is the definitive way to experience 999. Regardless of how one plays it, rest assured it will be a story that sticks with you.