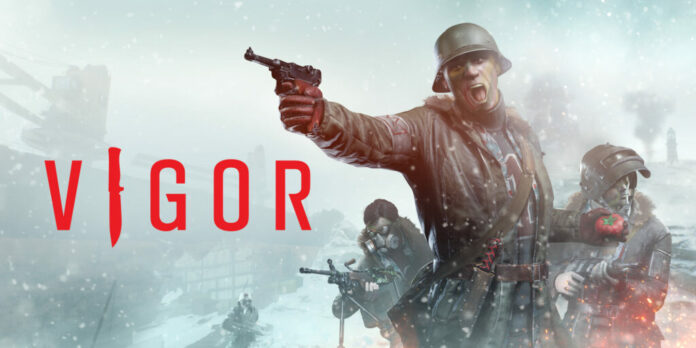 Welcome to ‘Gaming for the Weekend.’ A weekly Friday offering where one of the team introduces a game they enjoy in short bursts and is perfect for the weekend. Today’s game is from Bohemia Interactive. The title of the game is Vigor.

Maybe the best part about the game Vigor is that it costs no money to download and start playing. The “loot ‘n’ shoot” game is a free download and really easy to jump into. This makes it a perfect choice for gaming for the weekend.

The objective of the game is to loot as many things as possible and kill enemies you cross. To start, you load up in your home base. From there, you decide what weapons and consumables you wish to bring with you. Then, you go into an encounter, which can take place on up to five maps. The objective is to find the best loot to escape with. However, you also spawn in with up to 10 other players on teams who are doing the same thing.

If you come across other players, you can use your weapons to kill them and take their loot. But here’s where it gets interesting… If you die, you lose everything that you have brought with you or found. Meaning you return to your base with absolutely nothing.

That is what makes the game so interesting. You need to weigh your odds of survival and decide how much you want to bring into each game. The way you keep your loot is by leaving it in one of many exit areas located around the map. You can do this at any time you wish. So if you kill someone and find some good stuff, or find some loot in a safe, you can head to an exit and as long as you make it safely, you keep everything.

This provides a really fun decision making part of the game. Sometimes you get on a roll and either don’t see anyone or kill anyone you do see. Other times, you’re not so lucky and run into multiple teams, multiple games in a row. Deciding how many and what guns you bring, along with what ammo makes it quite the tactics battle.

Outside of the Encounter

During the encounter, you can also find materials while looting. These materials help you upgrade your home. This also allows you to do things like craft more weapons and ammo. As well as unlock more crates to give you items. This is another enjoyable part of the game and gives you something to work towards while playing. Surviving with the loot you find means you can make significant upgrades to your base to make it look better as well as earn more rewards from it.

Like any battle royal type game these days, there is also a battle pass to go along with the game. However, unlike some, each level has a free reward. If you wanted to spend some money you can get bonus rewards at each level too. But the starter one is more than enough if you are just gaming for the weekend. Just another thing to play for as you earn XP for looting, killing, and surviving.

It’s pretty easy to get into it after you play a handful of games. However, the best loot to be found is at marked locations. This is what drives the game forward and encourages interaction. Barred houses, locked containers, and timed safes are the three best loot items in the game. All of them require opening which can take some time. Most alert other players when being opened too, making you a target.

Using comm stations you can change the loadout drop which comes near the end of the game. This loadout drop gives you a crate to open if you survive after picking it up. However, when you pickup the loadout drop, every other team is notified where you are on the map which makes you a big target.

Soon after the loadout comes in, radiation also starts filling the map which will kill you if you’re not near an exit. This prevents people from hiding for 15 minutes then looting when everyone leaves. So you need to be effective and quick in your games.

Overall, Vigor is the perfect game if you like battle royales and survival type games. Especially if you don’t want to put a ton of hours into them. Encounters take roughly 10-20 minutes so you can play a few games without wasting too much time.

There are also other modes that represent Team Death Match and Search and Destroy, which can be played in teams of five. Encounters can only be played by one, two, or three players. If you’re looking at gaming for the weekend, Vigor is a solid option to try.