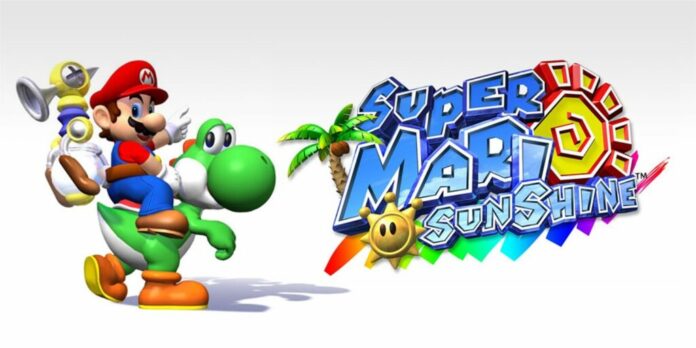 When Nintendo released Super Mario 3D All-Stars, it introduced a new generation of fans to three of Mario’s greatest adventures. Super Mario 64 was an instant classic that completely revolutionized gaming, Super Mario Galaxy is a magnificently polished master class in game design, and Super Mario Sunshine was also there. Long viewed as the “forgotten” 3D Mario, Super Mario Sunshine has a complicated legacy. Is this unique adventure a masterpiece like the others, or does it fall short of Mario’s typical quality threshold?

Looking Back at the Complex Legacy of Super Mario Sunshine

Why It Has the Bad Rep

Super Mario Sunshine is anything but a perfect game. In fact, it’s nearly unplayable at various points. This game is – by far – the glitchiest of Mario’s 3D adventures, as you don’t have to search too hard to find ways to clip into surfaces or otherwise break the game. On top of that, the camera tends to get stuck in uncomfortable positions, leaving you hopelessly moving Mario without any real idea as to what you’re doing.

Where Super Mario 64 and Galaxy had stars, Super Mario Sunshine has shines. While 64 and (to a lesser extent) Galaxy allowed you to collect stars in just about any order, Sunshine demands that you collect the first seven from every level in order to beat the game. This normally wouldn’t be a big deal, but some of these shines are INFURIATING to collect. Whether it’s poor camera angles or just mind-boggling design choices, some of Sunshine’s shines aren’t fun in the slightest.

Of course, 64 has this issue as well. However, that game allows skipping just about any individual star you don’t want to get, and even some of the later levels entirely. As long as you collect 70 stars at the end of the game, you can beat it. Sunshine’s questionable progression system forces you to play the “bad” shines, which end up sticking around in the players’ mind more than the “good” shines.

Why Super Mario Sunshine Has a Good Legacy

The FLUDD pack takes some getting used to, but once you master it, the pack allows for some pristine platforming. On top of that, Mario controls perfectly and the wide variety of moves you can perform makes the moment-to-moment gameplay some of the best in the series. As if that wasn’t enough, Delfino Plaza is a lively, fantastic hubworld full of secrets and the building layout is absolutely perfect for just running around and jumping all over the place.

Super Mario Sunshine is a vacation-themed adventure, and this tone could get old if development was placed in the wrong hands. Fortunately, the Sunshine team did a fantastic job at creating new, exciting levels while staying true to the overall theme of the game. Without getting into spoilers, each level brings something new to the game and has its’ own unique feel.

As previously mentioned, Sunshine has some of the most frustrating shines/stars in the entire Mario series. However, completing those infuriating levels and coming away with the shine is one of the best feelings in video games. Ironically, the unfair level design actually can increase the enjoyment of the game, if you stick with it long enough.

Ultimately, Super Mario Sunshine is unlike any other Mario game in existence. While this game is full of flaws, the positives far outweigh the negatives, and the moment-to-moment gameplay is enough to keep any platforming fan invested. It’s definitely worth playing, although going for 100% is probably a bad idea.