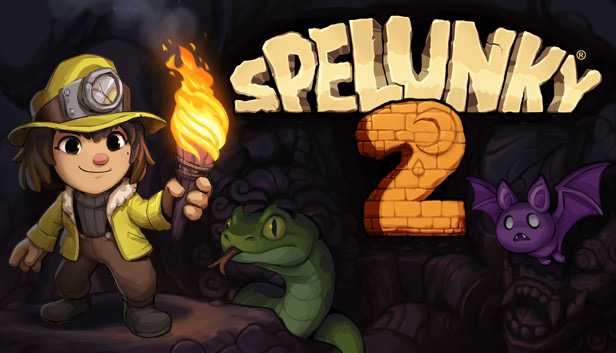 So, let’s have a look at what the Indie Showcase revealed.

Spelunky and Spelunky 2 –  Mossmouth and BlitWorks

First up was Spelunky and Spelunky 2 which will hit Switch in the summer of 2021. Both games are popular platform games filled with enemies and contain a procedural presentation style. Great fun to play on the go, at home and with friends! Spelunky was first released for Windows in 2008 and the sequel came to PlayStation 4 in late 2020. Are you hyped for these two games coming to the Nintendo Switch?

An action brawler was revealed next featuring cats. Yes, I did say cats. Online multiplayer and brawling arrives on Nintendo Switch early in 2021. A cartoony style was shown and it looks interesting for sure. You won’t have long to find out if this is a purr fect game or just one big hair ball. (Sorry)

Next up we were introduced to Very Very Valet where you collect cars, pick up customers and drop them off again. It sounds like a homage to Crazy Taxi but I am not convinced this will be quite like that. It certainly looks like a bright and colourful game and possibly one aimed for younger Switch owners. It releases in early 2021 as a timed exclusive no less!

Tunche is a hand drawn action game that looks stunning from the early gameplay shown. The world can be explored with one of five heroes as you go in search of a mystical beast, Tunche. A cartoon style Streets of Rage was my first impression of this title that arrives on Switch in March 2021.

Cyber Shadow is a platform action game that reminded me of the classic Stryder. A side scrolling 2D game from Yacht Club Games and Mechanical Head Studios. 8 bit graphics are the order of the day and even Amiibo will be able to be used in this one! It looks fast and frantic and could be one to keep and eye on when it launches on Nintendo Switch on January 26th 2021.

Calico is a cutesy sim where you make your cafe cutesy as well. Add pastries to your cafe and fluffy creatures will arrive as well. It arrives later today so get your sick bucket ready as this looks like being one for those who love sweet and sickly in spades!

Now this looks stunning! A 3D game where you can make a difference to the environment . As Alba you need to save your island. There are castles, animals galore and you can recruit volunteers to help you rebuild an environment that is dying. Maybe we could use some Alba love right now on Planet Earth? This one releases Spring 2021.

Uo next a mysterious  game with some retro chill out music and characters talking about people ‘erased from the universe. The game is called Gnosia and is about a life-form that has taken over your space crew. You need to find the Lifeform and put it to sleep with each play through said to take between five and fifteen minutes but no one play through will ever be the same as another. This one is available in Early 2021.

We were next treated to what I can only describe as a game that looks like it has come straight from the mind of Tim Burton! Described as a psychedelic adventure you play as a young boy who has dreadful nightmares. There are various worlds that are full of puzzles to solve and the art style did look really neat. This one really piques my interest and arrives in Spring 2021.

Yes! Super Meat Boy Forever is coming to Nintendo Switch as a console launch exclusive on December 23rd! Looking every bit as madcap and bloody as the previous Meat Boy entries this is one game that I cannot wait for! Are you ready to play?

A puzzle game that looks totally bonkers! Weapons and gear are needed to take on 200+ challenges, daily challenges and much more. Another colourful game and it is another console launch exclusive for Nintendo Switch and it is out….TODAY!! Be sure to check out Last Word on Gaming soon for the review!

A madcap online party game that can also be played locally for 4 to 10 players! This one is out today and received great reviews when it released on Steam in 2018!

Round Up – The Other Indie Titles Coming to Nintendo Switch

When the Past Was Around, a point and click title is out today, Kosmokrats a puzzle game is out early 2021, Hoa releases April 2021, Hazel Sky, a narrative driven title launches  March 2021, Trash Sailors launches Spring 2021, Finding Paradise is also a Spring 2021 release.

And that’s your lot! Wow. Another Nintendo Switch Indie Showcase is done! A various assortment of gaming titles coming your way between now and Summer 2021! Check out the full showcase below and let us know which games you are looking forward to from what you have seen by joining us at our chat board.

NEO: The World Ends With You Debuts at Top of Japan...