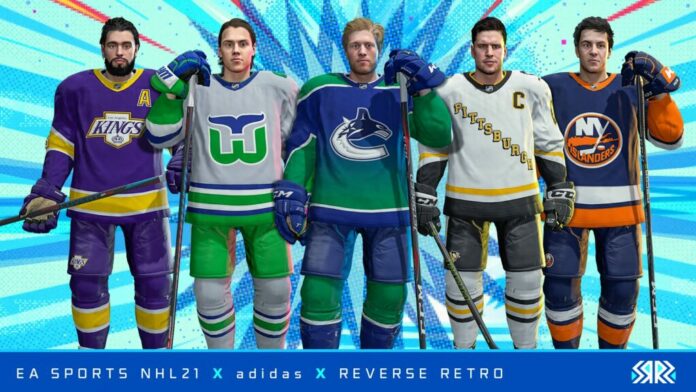 The NHL 21 community is arguably one of the ficklest in the gaming realm. Well, on Thursday, Electronic Arts didn’t announce a major update to the game, but unveiled the new NHL reverse retro jerseys.

The Clapperton, who is EA Sports NHL’s community manager Tweeted some slick up-close images of the jerseys.

Here's a close up of each Reverse Retro jersey in #NHL21 pic.twitter.com/48Lmzhi8im

In early November the NHL unveiled the latest jersey’s to the general public. There was obviously mixed emotion with some organizations, but that comes with anything done in sports. The modern twist to throwback jerseys are now available at adidas.com, adidas.ca, NHLShop.com, NHLShop.ca and team stores. They will be available at additional retailers beginning Dec. 6. Fans outside North America can purchase them at NHLShop.com.

After a delay in release, NHL 21 was dropped on October 16.

Some of the key new features of the game are as follows.

Washington Capitals captain Alex Ovechkin is the cover athlete of this years iteration of the game.