Madden NFL fans have gotten a look at the cover for the new game. MVP Lamar Jackson will be gracing the cover after such a stellar season. Madden NFL will launch August 28th for Xbox One, PlayStation 4, PC via Origin & Steam.

EA is promising a number of new features coming to the new game. A new trailer has showcased brand-new ball-carrier and D-Line mechanics, Realistic Open-Field Tackling, new celebrations and more.

Jackson Honoured to be on the Cover

Lamar Jackson is said to be honoured about being on the cover. He is quoted as saying;

“I grew up playing Madden and owned every copy I could get my hands on, so to be on the cover of Madden NFL 21 is a dream come true”

The artwork on the cover captures well Jackson’s journey through the NFL. From many teams wishing to play him as a running back to him succeeding as MVP at quarter-back. One cover picture makes a sly dig at that exact issue in his career.

A new feature to the games is Face of the Franchise: Rise to Fame. It is a documentary still feature that follows the career of one player. You start off in High-School then go through college, the combine and the draft. All before creating your legacy as an NFL star.

Seann Graddy, Executive Producer of Madden NFL 21 noted the pressure and challenges of making a Madden game. He said “Our players are some of the most passionate in the world. They love Madden and we want to make sure we’re fulfilling what they’d like to see most in the game and delivering new features to up level each iteration.”

Hopefully, this iteration of the game can live up to expectations, so far it is on the right track but time will tell. 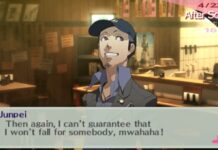