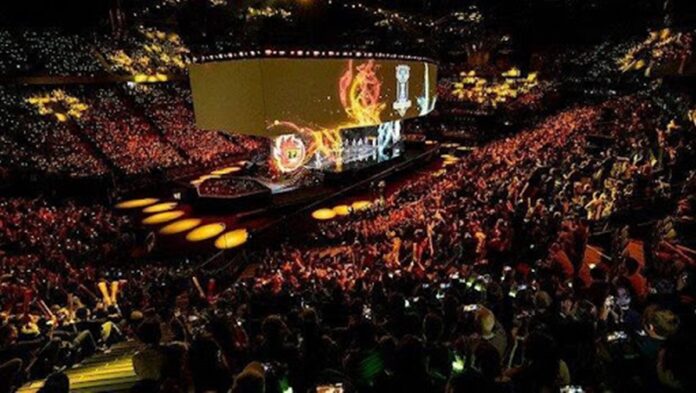 With the new competitive year around the corner for both League of Legends Ranked Play and LoL Esports, the brand new Season Kickoff event will take place on January 10 and January 11 in the Riot Games Arena, which was formerly known as LCS Arena.

The event will mark the first time that the League of Legends Ranked and LoL Esports seasons will start together. The event will be broadcasted on both days, previewing the upcoming 2023 season, players for fans to keep an eye on, and giving fans a sneak peek of what to look forward to throughout the season and in the future.

The event is replacing the former League of Legends All-Star event as LoL Esports looks to provide their pro players with more of a break from the competition while promoting a new way to help celebrate the end-of-year competitions taking place across the world.

The event will include nine of the 12 leagues with LCS, LEC, LCK, LPL, LJL, CBLOL, LLA, PCS, and VCS all expected to be included.

In Addition to the Global Kickoff Event, LCS will be making the move to Thursdays and Fridays for broadcasting with Super Weeks also including Wednesdays. Bet on League of Legends and more on California Sports betting apps.

Esports continues to grow across the world

Since the pandemic in 2020, Esports has grown in popularity exponentially in North America and across the world. On top of League of Legends, games such as Call Duty, Fortnite, Apex Legends, and Rainbow Six have all emerged on the forefront of the Esports industry. According to a report by InsiderIntelligence, the estimated total viewership per month of Esports in 2022 would be 29.6 million, a total viewership of over 300 million throughout an entire year.

Additionally, an article by Straits Research claims that by 2030, the projected Esports market share globally will be around 5.74 billion USD.

South Korean-based DRX will look to defend their 2022 world title this upcoming year after making their run to glory this past fall, defeating fellow South Korean-based T1 in the World Championship Finals and claiming the $489,500 prize money.

No team has repeated as champions since 2015 and 2016 when T1 had one back-to-back title. They also won the world title in 2014 and finished second in 2017. The most dominant stretch by one team that the competition has seen since its inception in 2012. Notably, each of the last four champions has been first-time winner.

It was the first tournament title win for DRX ever, surpassing their previous best placement of second in the LCK 2022 Regional Finals.

While no betting odds have been released yet for League of Legends, DRX will be one of the favorites to win it all once again in 2023. However, T1 will likely be the favorite, the three-time champions and have finished top four, four other times over the 12-ever World Championships.

Gen.G will be another betting favorite, also being a perennial top-four team with six, top-four placements all time including back-to-back, semifinalists’ placements.

As mentioned above, the North American Challengers League series and open qualifier will begin on January 21. Most of the series will be played remotely and will be held on weekends. The regular season will run from January 21 through March 7 with playoffs beginning May 11 through March 29. Finally, the promotion tournament will take place from April 17 through April 23.