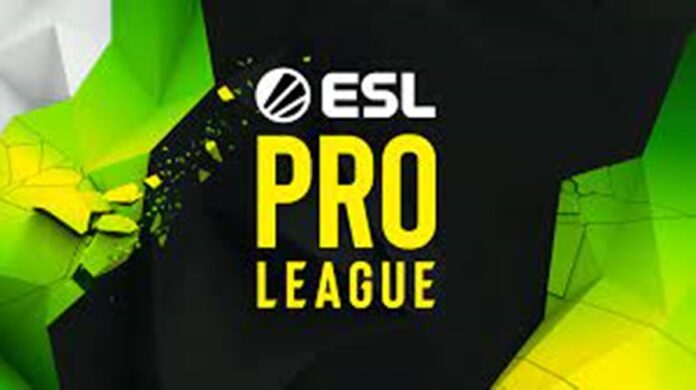 The first groups for ESL Pro League wrapped up on Sunday after a chaotic round-robin resulted in Vitality on top, Fnatic in second, and group favourite Natus Vincere clinching third place, with their score differential narrowly determining a three-way tie with Team Spirit and Ninjas in Pyjamas. The top three teams will be moving on to playoffs later in the year. Vitality’s decisive first-place performance will send them straight to the quarter-finals, and Fnatic and NaVi will be duking it out in the Round of 12.

Let’s take a look at what we learned from this week’s matchups.

This British roster, currently sitting outside of the Top 30, is used to squaring off against teams like ForZe and Sprout, fought their way into Groups after going undefeated in the Conference Stage. So, how did they do against Tier 1?

Well, on the one hand, they ended up bottom of the groups, ending their run at ESL Pro League. On the other hand, they 2-0’d NaVi.

They only won one other map the entire week (in their 1-2 loss to Team Spirit) but their victory against NaVi was absolutely brutal, only giving up 17 rounds to the CIS superteam. Sure, NaVi isn’t on their best form right now, but they still don’t lose to just anyone. Endpoint are going home, but their efforts this week show that they’re a team to watch.

Swedish stalwarts NiP have been inconsistent with their performance lately, failing to continue to the BLAST Premier Fall Finals after a disappointing showing in Groups last week. Their performance at ESL Pro League groups was more of the same.

The Ninjas got off to a rough start, taking three 0-2 losses in a row from Fnatic, Vitality, and Team Spirit. They turned it around somewhat, shutting out Endpoint with a 2-0 of their own and winning out over NaVi in a bloody 2-1 set. But their 2-3 record and negative score differential has them losing a three-way tie with Team Spirit and NaVi and falling short of the playoffs.

They looked pretty good against NaVi on Sunday, with Fredrik “REZ” Sterner in particular popping off after being moved to primary AWP. Hopefully it’s a sign that the Ninjas are starting to sort out their recent struggles and will be back to looking like a Top 10 team soon.

With a 2-3 record for groups, Team Spirit will not be moving on to the playoffs.  But several strong performances showed that Team Spirit will be just fine without their recently traded star AWPer, Abdulkhalik “degster” Gasanov. Their new AWPer Ihor”w0nderful” Zhdanov shows promise, and the team as a whole had moments of brilliance throughout the group stages.

Still, failing to qualify for ESL Pro League playoffs might be a tough pill to swallow after clawing their way to a Major tournament semifinal in Antwerp earlier this year. They’re not quite Top 10 anymore, but this roster has a lot of room to grow.

For most of 2022, NaVi has been a force to be reckoned with, only seriously challenged by the ascendancy of FaZe Clan. But the Ukrainian powerhouse showed cracks in their armor this week, earning a losing 2-3 record and only barely making it into the playoffs off a tie-breaking positive score differential (translation: they mostly won big and lost small).

So what happened? As their stalwart coach Andrii “B1ad3” Horodenskyi diagnosed during BLAST Premiere Fall Groups — “we’re in bad form in terms of the meta and tactics” — NaVi looked unprepared to deal with their opponents this week. They won their first two matches against Team Spirit and Fnatic, but a shocking 0-2 loss to Endpoint kicked off NaVi’s longest losing streak in over three years. NaVi put up a decent fight but lost 1-2 to both Vitality and Ninjas in Pyjamas.  Even off their game, they’re a powerful team, but they didn’t look like a squad that’s ready to go toe-to-toe with FaZe Clan for the #1 rank. Anything less is a disappointment for Natus Vincere.

Their teamplay was the biggest indication of their struggles. There were rounds where they turned back into the typical NaVi juggernaut, but without the deadly consistency they’re known for. Individually, the players struggled as well. Hotshot rifler Valerii “b1t” Vakhovskyi continues to perform below (admittedly lofty) expectations, and most ominously, superstar AWPer and Counter Strike GOAT Oleksandr “s1mple” Kostyliev is having trouble finding his groove after a month-long break.

Long term stand-in Viktor “sdy” Orudzhev put up respectable numbers, but it remains to be seen whether his playstyle is a good fit for the NaVi system. There’s a lot of work to do. But they’ve made it into the playoffs, and chances are we’ll see NaVi return to near-total dominance soon enough.

There is nothing wrong with your monitor.  Do not attempt to adjust your Twitch settings. Fnatic — yes, that Fnatic — is looking like a Tier 1 team again. The addition of Nico “nicoodoz” Tamjidi and Fredrik “roeJ” Jørgensen from Copenhagen Flames has Fnatic in their strongest form in years,with Freddy “KRIMZ” Johansson still fragging out for the once-legendary orange and black.

Fnatic took three very strong 2-0 sets against NiP, Spirit, and Endpoint, and still put on a good show in 1-2 losses to NaVi and Vitality. They only recently broke back into the Top 30, but if their performance at ESL Pro League groups keeps up, Fnatic is coming back in a big way. Keep your eyes on this team.

Vitality has been bouncing up and down the rankings for a while now, usually a Top 10 team but rarely the trophy contenders they wanted to be. Like G2, they could either pop off or totally crumble at a moment’s notice. With the acquisition of rifler Lotan “Spinx” Giladi from ENCE, the aspiring superteam looks stronger than we’ve ever seen them. Vitality won every single set this week to earn 1st place in Group A, a 5-0 record, and a guaranteed spot in the quarter finals at the ESL Pro League main stage.

Between Spinx and the Chosen One, AWPer Mathieu “ZywOo” Herbaut, Vitality’s firepower is off the charts. Veteran Danish duo Peter “dupreeh” Rasmussen and Emil “Magisk” Rief have been reliable, and Dan “apEX” Madesclaire is, at least, keeping up as much as an IGL is expected to. More importantly, their ongoing problems with communication and teamplay appear to be ironed out. They’re working together, they’re performing well individually, and they look like they’re having buckets of fun.

Other Tier 1 teams like Liquid, G2, and Cloud9 are eager to take a swing at them, and it remains to be seen if they can consistently perform at this level. But if this is what the new Vitality looks like, we might see them challenging the likes of Natus Vincere and FaZe Clan. The rise of Vitality is, without a doubt, one of the biggest stories in professional Counter Strike right now. You won’t want to miss what happens next.

NEXT UP: Group B, featuring FaZe, G2, BIG, Outsiders, MIBR, and FTW Esports. Expect strong performances from FaZe and chaos from G2. Round robin starts Wednesday, September 7 and continues until Sunday, September 11.

My first article! Tune in next week for an update on ESL Pro League’s Group B stage