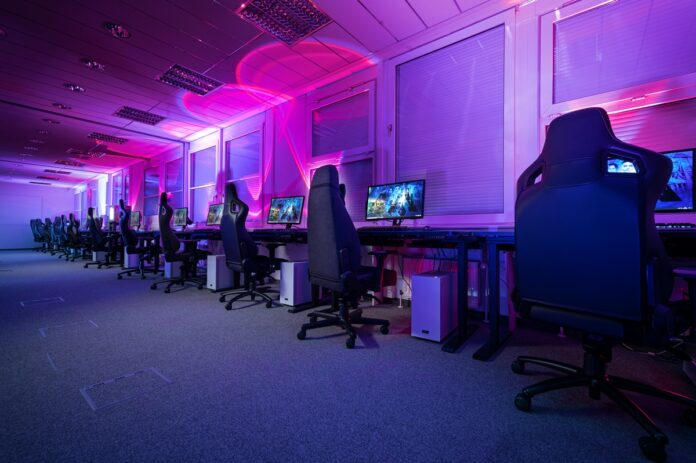 Video games have come a long way since their inception in the mid-20th century. Back in the 80s, when the big systems were first introduced, people looked onto games as little more than children’s toys. And, while the view has changed, we can’t really blame parents of the 80s for feeling this way. After all, back then most games were very simplistic platformers, like Super Mario, Sonic, Contra, etc.

However, the view has certainly been squashed in the past ten to twenty years. The video game industry is massive today, with Triple A games seeing hype equivalent to blockbuster films. On top of that, the rising popularity of e-sports is a testament to the love that people bear for video games.

For those that are unaware, e-sports refers to competitive gaming. People who are professional gamers compete in tournament-style settings for the number one spot. The world of e-sports has become so popular that online sports betting sites are accepting bets placed on some of the biggest games today, such as League of Legends, and have even set up some LoL odds, that are actually rather popular.

League of Legends is an immensely popular MOBA (multiplayer online battle arena) game, that has drawn a huge crowd of people into gaming. In this article, we would like to look at three of the most popular LoL pro-players and discuss their track record on the competitive circuit.

Lee Sang-hyeok is regarded by many as the greatest League of Legends player of all time. The young Korean player officially broke through into the professional scene in 2013, and within the first six months, he was already a World Champion. Operating under the alias “Faker”, Lee has garnered some of the best results out of any LoL player in the world.

His results are impressive in both the national and international scenes. He has won 8 titles in his native South Korea and has garnered quite a few individual awards, including the MVP award on numerous occasions and in multiple tournaments and seasons.

Faker’s skill comes from, not just a mastery of the game, but his understanding of mechanics as well as his capability of handling a vast array of the game’s heroes. Though he seemingly feels the most comfortable playing characters like LeBlanc, Zed, and Syndra, he has also shown his skill with other champions.

Cho Se-hyeong, much like the aforementioned Faker, made his debut in the professional LoL scene in 2013, and helped his team win during his inaugural split, in the process taking the 2013 Champions Spring title. Mata, as he is nicknamed in the game, has won numerous awards, including a few MVPs, and he has previously worked as the coach for Royal Never Gave Up.

His importance to the game cannot be understated, as he was among the first professionals to garner awards as a support player. His skill and proficiency also led many to re-asses the importance of support and has inspired many gamers to improve their skill in playing support characters. Cho’s most successful games saw him take control of playmaker support characters, most notably Thresh, with whom Mata has won over 80 games, out of the 113 on his record.

The inclusion of Luka on this list might raise a few eyebrows. It isn’t that Luka is bad. Just that some might consider other players, like Uzi, Bjergsen, or Doublelift a bit (or maybe a lot) better. However, there is a very specific reason for Perkz’s inclusion on this list over the rest. He is a player who excels at the game in multiple positions, a skill that none of the aforementioned three can boast.

Perkz began his professional career in 2014, playing for GSI Gaming. While during his debut year he proved a competent player, he did not win any awards or championships. Over the years, he has switched teams, won first place on several occasions and has most recently joined up with the French team, Vitality, for whom he plays as a mid-laner. He has been named MVP on quite a few occasions, including in 2019 during the LoL Worlds.