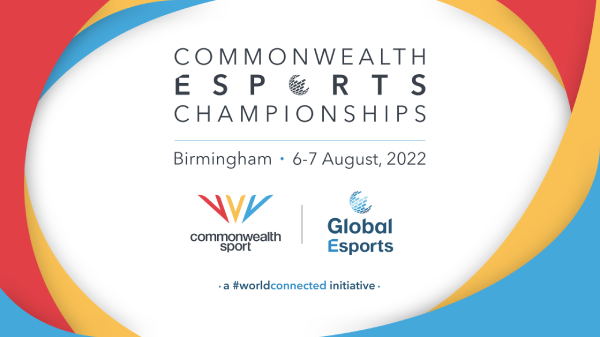 Further to the recent announcement that the inaugural Commonwealth Esports Championships are set to take place in Birmingham on 6- 7 August at the International Convention Centre, the British Esports Association have, on February 15th confirmed more details of their plans to support European Commonwealth members.

In agreement with the Global Esports Federation (GEF), British Esports will be responsible for coordinating and supporting the European teams. The following teams will be able to enter regional qualifiers to compete in the Commonwealth Esports Championships:

It is anticipated that only one of the European teams per competition will progress and compete in the live finals in Birmingham, alongside the winners from the other regional qualifiers across the Commonwealth.

“When we established the BEA in 2016, we did it with the aspiration that esports would become recognised for the incredible value it provides its community.

The gaming community has long understood that esports helps teamwork, communication and strategic thinking, together with combating loneliness. Alongside this, it creates opportunities for its athletes to participate in a team environment in a similar way to traditional sports; with similar benefits for participants.

The BEA is fresh from the successful participation at the Global Esports Games which took place in Singapore in December 2021, where the Great Britain team secured its first medal (silver in the DOTA 2 women’s competition).

We will be working with the UKETC and the UK’s esports communities to support all the efforts in 2022”.

“After a successful campaign with the GB esports roster in Singapore last year, I am honoured to have been named as Team Manager for England heading into the inaugural Commonwealth Esports Championship. I’m excited to showcase the excellent talent this country has to offer and as always, hope to inspire the next generation of talent within our country, crown nations and beyond’

“With the dramatic rise of esports in recent years, it is a great honour to see Wales competing on the global stage in the Commonwealth Esports Championships. We look forward to working together in partnership to further develop a pathway for an inclusive, progressive, and visionary future for Esports in Wales and beyond.”

“We are delighted esports will be represented in Birmingham at this summer’s Commonwealth Esports Championships. We want to unite Scotland’s gamers, coaches and fans to represent the Scottish esports community and compete on the global stage – and hopefully we can bring some gold medals home.”

The 2022 Championships will feature multi-genre titles, including a MOBA title, and individual and team sports-based titles with participation from esports athletes from across the Commonwealth. Renowned global titles are in the final stages of confirmation and will be announced on 22nd February 2022.

The Commonwealth Esports Championships was sanctioned by the CGF Executive Board to be held at the same time as the 2022 Commonwealth Games while being independent of Birmingham 2022 and its Sports programme. It will have separate branding, medals, organisation, and governance, led by the GEF and its community of partners.

About the Global Esports Federation

The Global Esports Federation promotes the credibility, legitimacy, and prestige of esports. We convene athletes, players, the world’s publishers, developers, industry partners and sporting organizations on one inclusive platform. We encourage and support the connection between esports, sport and technology. Our mission calls for the development of visible initiatives that are in service to the world’s esports community. We are grateful for a collective of strategic partnerships that bring to life this mission. www.globalesports.org #worldconnected