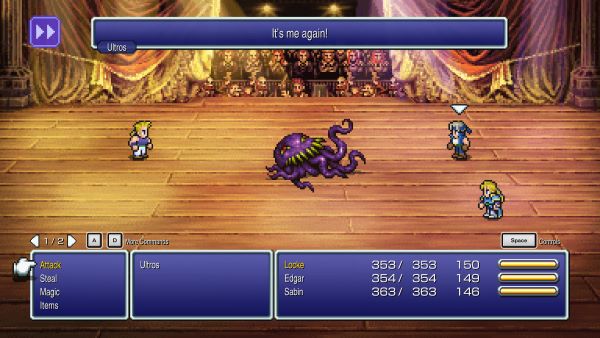 SQUARE ENIX® today announced that the highly anticipated sixth release in the FINAL FANTASY pixel remaster series, FINAL FANTASY® VI, will be releasing on February 23 for Steam® and mobile platforms in North America. Fans can embark on an enhanced journey in the popular RPG with completely new graphics and audio as a 2D pixel remaster.

What to Know Prior to Retail Release

Regarded as one of the most beloved games in the FINAL FANTASY series, FINAL FANTASY VI features a robust roster of playable characters, each with their own stories, goals and destinies. Players will be able to customize their party members’ abilities, magic spells and summons with the acclaimed magicite system. In addition, players can look forward to many improvements and updates for FINAL FANTASY VI, including:

Those who pre-purchase FINAL FANTASY VI on Steam will receive early purchase bonuses, including four wallpapers, five music tracks, and a 20% discount. The wallpapers, timelapse special tracks, which transition from the iconic original versions to the new arrangements, and an instrumental music track are available through early purchase or via the bundle on Steam. The music tracks include:

More information on Square Enix, Inc. can be found at https://square-enix-games.com