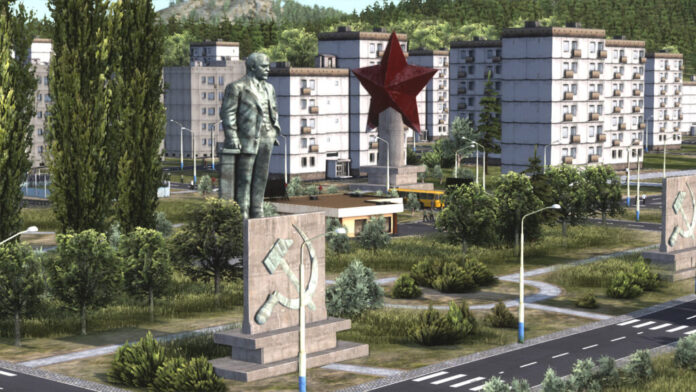 Content Update #9 introduces a new Crime and Justice system along with three new buildings – Police Station, Regional Court and Prison. Players can decide if they wish to play this new system, disable it or lower the difficulty level, similar to the fires and seasons features. Crime and Justice will have an impact on the overall happiness and health of your citizens and will be affected by the overall government loyalty and unemployment.

Every citizen will have a hidden Criminality preference which will be randomly generated and if crimes are not solved, it will cause a growth in crime rates across the Republic. Low government loyalty and high unemployment will also have an impact on the overall crime rate. Crime will be categorised in three groups; Mild, Medium and Serious and if a crime is committed, all the people in that area will be affected depending on the seriousness. Citizens’ happiness will slowly decrease and their health may also diminish if the crime causes harm to them or other people.

When a crime is committed the police will attend the crime scene. The sooner the police vehicle arrives, the better the chance to successfully investigate the crime. Once the police process the evidence the investigation will continue and only when fully investigated and the perpetrators arrested will it proceed to the Regional Court where the trial begins. If the trial is successful, the criminal will be sent to prison.

The prison will need the highest possible security level in place so if there are not enough workers, the security level will go down. The more loyal the prison workers, the more secure the prison will be. Resources such as food and clothes will need to be delivered into the prison, and as it will not have a factory connection due to security risks, these items will need to be delivered by trucks. Inmates can be used as a workforce with prison buses transporting them to factories or other industrial facilities directly. Players must choose which in industries to bring prisoners to ensure the long term security of the production line.

The Crime and Justice update will add a new layer of complexity to the overall game experience, should players wish to take on the challenge. It also provides more reasons to keep the unemployment rate low and the citizen loyalty high.

Aside from the new Crime and Justice mechanics, the new update also adds the long awaited railway distribution office. Unlike classic rail schedules and lines, all the player needs to do is connect the source and destination buildings and the railway distribution office automatically decides when and where to deploy the trains and how many cars they should have for the job at hand.