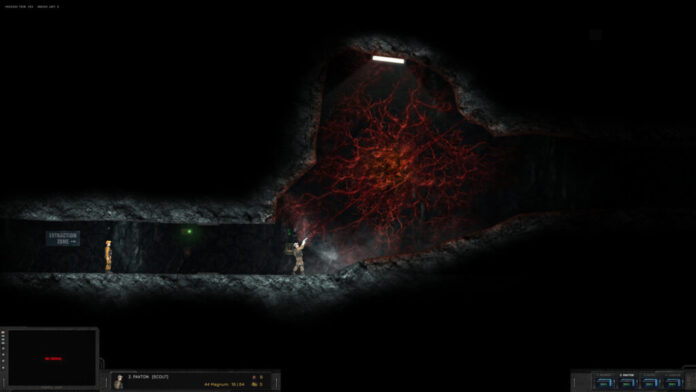 Sci Fi Survival Hidden Deep enters Early Access on Steam and sends a reconnaissance mission into a claustrophobic research facility where nameless horrors lurk. Armed with various gadgets, players have to explore the dark, abandoned depths alone or in special co-op missions. The game will continuously receive new content and improvements during the Early Access phase.

players explore a vast suboceanic research and mining facility, inhabited by alien creatures brought to life in a 2D game world full of action, mystery, danger, and death. They must command their team members and find out what happened in the abandoned corridors and caves, unraveling a dark, sci-fi horror mystery inspired by classic movies from the 1980s.

To explore the depths and find the missing researchers, the rescue team has a variety of tools at their disposal. Learn to coordinate your team members, master the grappling hook to avoid plummeting to your death or bashing your head in, use drones to scan the colossal cave systems, operate heavy machinery to explore new areas of the research station, and blast your way through to new caves with demolition charges. Shoot or sneak your way through dangerous traps and alien lairs – and be prepared to die. A lot.