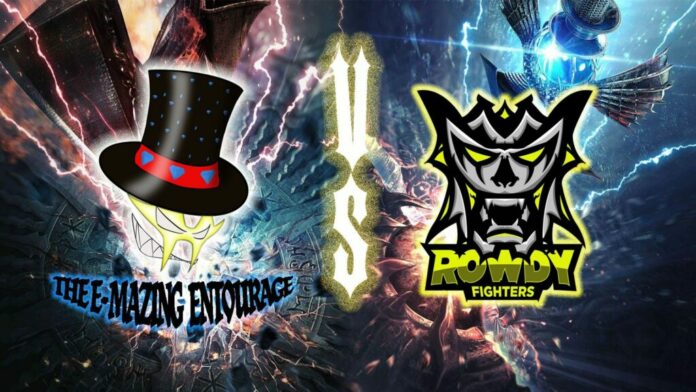 We have your Soulcalibur VI: Rowdyfighters vs MC-E-Mazing Entourage Results. The event will be a 5×5 Round Robin tournament, so each competitor on each team will fight the other once. The event is available to watch free on the FightSessions twitch channel, at this link. FightSessions posts its upcoming cards on at Challonge.com.

Live commentator CIN is looking forward to the event: “I’m eager to see what these teams bring to the table in terms of skill. I also personally hope to see a lot of character diversity potentially including our newest DLC addition, Hwang.” Hwang was first made available as DLC for Soulcalibur VI on December 2nd, marking the end of his exile from the series since Soulcalibur III.

The Rowdyfighters team lineup will consist of Nori, Chickenwing, SA_Rob, Sweaty and KramFlakes. The MC- E-Mazing Entourage Team: The Landslide, Lord TouchMe, Xion, FinalFlaco & E-MAZING. Since each competitor will have a match each of the opposing team, there will be 25 matches in total. The team with the highest number of winning matches wins the event. Since there are an odd number of matches, this will ensure that there will not be a draw.

Soulcalibur VI is available on Microsoft Windows, Playstation 4, and XBOX 1. The latest entry in the popular fighting game franchise by Bandai Namco, it was released in 2018, and was met with better critical reception compared to the previous entry, V.