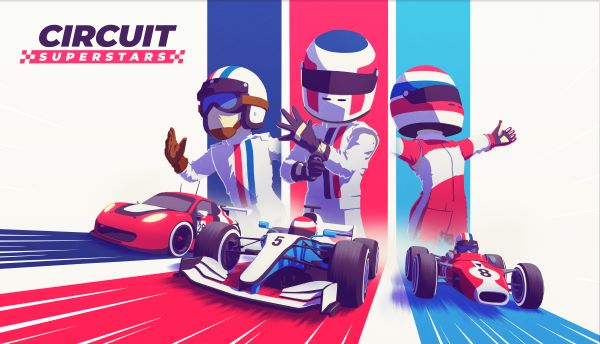 What’s Circuit Superstars All About?

PS4® racers will have the opportunity to cross-play with their friends playing on PC (via Steam®) or Xbox and will have access to the garage of their dreams, packed with 12 vehicles ready to compete on any of the 19 different tracks available, set in 13 vibrant locations. Players can also enjoy a range of customisable liveries for both driver and cars, in addition to helmets and victory celebrations which can be unlocked by leveling up. There’s a racing style for everyone, with multiple motorsport disciplines represented in the game including Rallycross, Open Wheel Single-Seaters, Trucks, GT racing and plenty more free content to come in the future. Join the race on your preferred platform today!

Where to Play Circuit Superstars

CIRCUIT SUPERSTARS is available now on PS4®, PC (via Steam®), and Xbox One, it is also planned for release on the Nintendo Switch™ system in the second quarter of 2022.

Square Enix Collective is a London-based division of Square Enix Ltd. The Collective programme was launched in 2014 to assist indie game developers build community awareness for hundreds of games pitches and has helped teams to raise in excess of $1.2 million via Kickstarter campaigns. Collective has now published and distributed a range of indie titles since April 2016 and is on the look-out for great new projects and talented teams to work with globally – whether it’s publishing support for a development that’s already funded, or investment to help the creation of a game.

Original Fire Games is a small team originally started by three siblings from Mexico: Carolina, Carlos and Alberto Mastretta. Together they have a combined total of 14 years in game development, as well as more than 15 accumulated years of real motor racing experience. They are bringing every bit of that expertise and passion to Circuit Superstars to make a competitive game with a charming edge. Circuit Superstars is a love letter to the world of motorsport – made for the fans, by the fans.

[…] it will not just be a mere port of the PlayStation 4 and Xbox One Versions, but we did make use of all the nifty gadgets the next-gen consoles have to […]