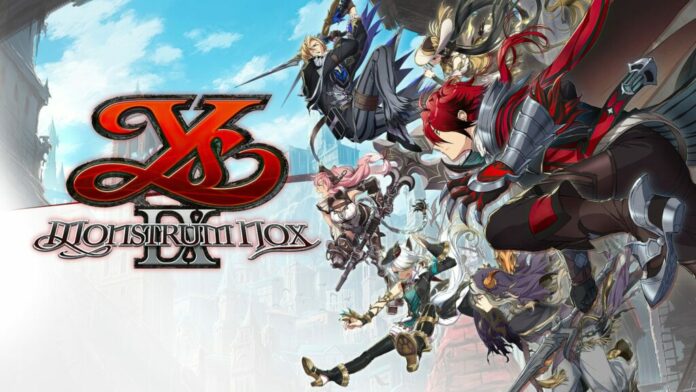 Nihon Falcom‘s Ys Series released its first title for PC in 1987 and is considered one of the founders of the Action Role-Playing game genre. However, it was not until around 10 years ago that the series truly gained a new life outside of Japan. Even then, major console releases have been scarce with a majority of the games sticking to PC or handhelds like the PlayStation Portable and PlayStation Vita. Thankfully, this all changed with the previous entry Ys VIII: Lacrimosa of Dana making it the first Ys title to release in English directly on a major console since Ys VI: Ark of Naphishtim in 2005. Despite its initial translation issues, the game sold well and provided a lot of hype for the current game, Ys IX: Monstrum Nox. And while it certainly takes a lot of what made Ys VIII successful, Ys IX’s gameplay additions include an extra layer of customizable enjoyment, while the narrative aims for a much deeper connection with its cast than any of the other previous games.

Ys IX: Monstrum Nox once again sees series protagonist Adol Christin on yet another adventure. This time, he and his comrade Dogi visit the prison city of Balduq. Unfortunately for Adol his exploits on the Isle of Seiren (in Ys VIII) got him the wrong kind of attention and he’s arrested. During an attempted escape, Adol runs into a mysterious woman named Aprilis who blasts him with a magical bullet that changes his appearance and grants him special gifts. After using said gifts to finally escape the prison, the Crimson King is introduced to the other Monstrums and their cursed fates. The main story is divided into nine chapters and sees the group of six constantly fighting to keep foul beasts called Lemures inside this parallel world called the Grimwald Nox. Failure to do so would lead to the Lemures overrunning the city of Balduq and result in absolute chaos.

Everyone Is So Delightful

However, the biggest reason why this narrative is both endearing and impactful is the smaller stories that are told. Each one of the main cast’s backstories has the common thread of adoption, but they also diverge in their own way. For example, Krysha, also known as the White Cat, is adopted by a rich salesman who makes her an employee in his company. Events in the story lead to her eventually gaining the courage to use that business acumen and create her own flower shop. Her empowerment to want to prove herself and eventually doing so is just one of the many great character moments throughout Ys IX’s tale.

My absolute favorite is Yufa also known as the Raging Bull. Not only does she swing a mean hammer in battle, but she also has the responsibility of caring for her three siblings after her parents passed away as a result of the Hundred Years War. She has three jobs, at one point is overwhelmed by exhaustion, but still finds the time to run after her siblings and terrorize them with hugs. And while she is constantly teased by her family and friends about not admitting a certain someone is really her boyfriend, her true fear is one of acceptance. The way she eventually overcomes that is absolutely heartwarming and once again adds a layer of depth to her character that makes the investment truly worthwhile.

Honestly, it is really nice for everyone around Adol to feel important and special to the proceedings. It made me want to seek out everything I could that would give me just one more morsel on all of their stories. I won’t spoil any further, but suffice to say there is a lot going on in Ys IX: Monstrum Nox and I found it all quite engrossing by the time the credits roll.

Ys IX: Monstrum Nox follows the series staple of fast and fluid Hack-and-Slash action with characters gaining levels and unlocking skills as enemies are defeated. Thankfully though gameplay goes beyond the basic attack with jumping variations. There are four skill attacks each mapped to one of the face buttons that are performed by pressing the desired button while also holding down R1. Characters learn more skills throughout the game, but you can actually decide whether to equip new skills or level-up the current skills by using them often. So in turn this grants more customization on each character’s move set.

Continuing on that customization theme is the ability to switch between a party of three characters at any time during battle. Although there are no limitations to the makeup of the party, there is a method to the madness. Each character has an enemy type they are strong against. There are three types in all, (Slash, Strike, and Pierce), and between the six characters, two of each type. For example, Adol is a Slash type so he is best against soft enemies. While Krysha is a Strike type and strong against armored enemies. All enemy types can appear at any time whether in a dungeon or the Grimwald Nox so I found that keeping a balanced party worked out for the best.

The Strategy of the Grimwald Nox

The blood moon of the Grimwald Nox itself is calmed by one of two gameplay mechanics. One is a tower defense mini-game that sees the heroes defending a Sphene against waves of Lemures. The second one sees the Monstrums destroying 100 pink crystals in a certain amount of time. This is where the camera can become an issue in both gameplay formats. The tower defense mini-game sees waves of enemies come at you until they are all defeated. When they get close to the Sphene, the number of enemies in one area can make things crowded, slowing down the game a bit, and create an annoying wall. Yes, you can dispatch them, but untold damage can also be done to the Sphene by then as well.

And while I completely understand the reasoning for having the collectible crystal mode, it quickly became absolutely loathsome to get through. Mainly because as the levels start expanding, the crystals can literally be anywhere including in mid-air. Yes, this is where the Monstrum gifts come into play, but trying to mess with the camera to hit the exact spot where a quick Crimson Line would gather them all in one fell swoop is rather annoying. Especially because there is a certain amount of time involved. I literally ran out of time on several occasions looking for one measly crystal. Having to redo all of that again multiple times wasn’t great.

Part of the curse of the Grimwald Nox is that the Monstrums cannot leave the city. So for a good portion of the game, traversal is locked to the city walls. Thankfully though roaming around the city is a total joy as a result of their gifts. For example, Krysha grants everyone the ability to run up walls, while Hawk infuses the party with a long glide. All of this makes traversal a breeze and considering the map also features plenty of treasure chests, landmarks, and glowing orbs, having ways to at least quickly get to these points is very welcome. However, not everything is available from the outset, as you make headway with the Grimwald Nox, each victory there unlocks another section of the city.

Another port of travel is the dungeons littered throughout the various smaller towns inside Balduq. Story progression also leads to grander dungeons with more expansive and winding pathways. Many of them force you to use other gifts such as Raging Bull’s Hammer Smash that blasts an opening in certain walls or Anemona’s sight ability that brings switches into view. Once again, options abound here as the explorers will find plenty of rewards, while those looking to mainline the adventure can stick to the beaten path. The end is always the same where a major boss battle awaits the weary travelers. Although none of them were overly difficult, each one still had this grand sense of scale with each boss feeling more massive than the last.

Even though exploring the city is certainly rewarding, the vistas and look of it is not. Ys IX: Monstrum Nox released in Japan in 2019 so it is firmly a PlayStation 4 title. Although I played the entire game on a PlayStation 5, it only helped in smoothing out the frame rate and in improving load times. Everything else about the game remains as is. Understandably, this is a sort of dark age prison city. So the overall gray drab feel of it all is appropriate, it takes a while before you get out into the literal wilderness, so it can start looking a bit muddy after unlocking more of the city and encountering much of the same. To be fair, each town does have some distinctions that are noticeable, such as the Slum area where Krysha starts her flower shop.

A Little Bit More Than Familiar

As in most RPGs, Sidequests play a major role in this adventure. Many of the sidequests are very familiar, running the usual gambit of fetch quests, monster-killing quests, and the “find a combination of items” quests. Doing these sidequests also summons the Grimwald Nox. If fighting is more your thing, you can also unlock extra sections of Balduq by finding small portals scattered all throughout the city and destroy the Lemures that emerge from them.

If none of that seems appealing, there are longer quests available in each chapter that involve using a certain inside man to gain access to the prison. Thus allowing the Monstrums the opportunity to free someone from captivity. This person then joins a support group tucked inside a home base called the Dandelion. If you undertake a large number of these big sidequests the reward is a home base full of various helpful friends that assist with anything from cooking to weapon crafting. Each of them also has their own story and they provide support inside the Grimwald Nox as well. Seeking out these extra characters not only livens up the Dandelion but also deliver on their own great character moments as well.

Rock Out With Your Claws Out

As someone that listens to a lot of RPG soundtracks, it is truly amazing that I’ve never come across a Ys soundtrack before playing Ys IX: Monstrum Nox. The thumping drums and crunch of the guitars in some of the battle themes implore fists to smash monster faces. While the more melodic set-piece themes serve as wonderful come-down moments.

Honestly, I think a major reason why I liked having all of those friends at the Dandelion is that the theme song for the bar is an absolute bop. And although many of the towns in the city may not feel too different from each other, the music certainly sets them apart. Each town has its own theme song that helps you instantly recognize when you’ve traveled too far in the wrong direction when zooming around rooftops. The Falcom music team has delivered a fantastic soundtrack here that is well worth listening to outside of the game as well.

8.0 out of 10: After the success of Ys VIII, Nihon Falcom could have easily just kept doing more of the same. However, the developers went a step above and provided a full-length story with endearing characters and fleshing out strong themes. What stuck out for me is the various levels of customization both in battle and in exploration aspects. Having all of this combined with the series staple of fun action gameplay and a smashing soundtrack makes it a memorable experience. Ys IX: Monstrum Nox is my first Ys game and I enjoyed it so much that I’m now interested in going back and trying out some of the other titles in the series as well.

This game was reviewed using a PS4 digital code provided to Sean by the publisher. 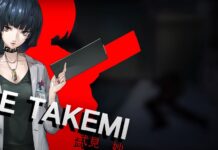